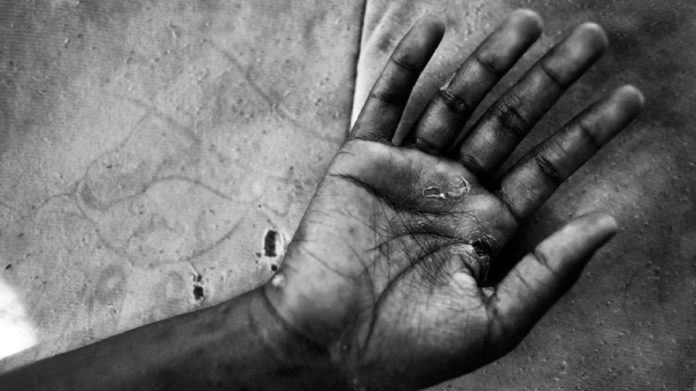 Hei alleged that a five year old girl Mariya Suleiman was raped by a man at Unguwar Hardo area of the Bauchi state capital who is yet to received his punishment as prescribed by the law.

He said, “It is now a saddening case of Mariya Suleiman (Ummi) who was drugged and raped by one Saleh Hassan Shoe Shiner in Paparanda Unguwan Hardo.

“Saleh Hassan is a 38 years old, single and he is also the chairman of Peace and Security Committee (YAN Committee) in Paparanda Unguwan Hardo in Bauchi State.

“The suspect also lives in the same street with the parent of the victim, Mariya Suleiman.

“The case was reported to the Paralegal Unit of PIDI-Nigeria on Saturday and the monitoring and Investigation unit of the organisation went for the investigation.

“On getting there, we met with the mother of Mariya, Mrs. Sureya Abubakar and her father Malam Suleiman Idris.

“Findings by PIDI revealed that Mrs Sureya had on the 16th day of July 2020, sent the victim (Mariya) to go and buy Spaghetti at about 7:00am but didn’t return on time”. She said.

Cate further narrated that the mother of the noticed that she was leaping on returning home and asked where she had been and what was wrong with her and learnt that she was raped.

“On persistent inquiry, the victim alleged that she was raped by one, uncle Saleh, saying that “when she got the spaghetti, on her way coming home, he called her and asked to take one medicine.

“She said it was after she took the medicine that she slept off, so when she woke up, she said he showed her a knife and said if she tell anybody, she will be killed”.

The statement which said the suspect is being detained by the police said when the victim was taken to a gynecologist at the Abubakar Tafawa Balewa Teaching Hospital in Bauchi, several tests on her revealed a forceful penetration in her private part.

PIDI-Nigeria regretted that the minor has been rendered helpless and hopeless calling on the police to prosecute the suspected rapist, chief Judge of the state and every other organization that has to do with justice in Bauchi state to ensure that proper justice is served on  anyone that commits such offence regardless of the age or gender of the victim.