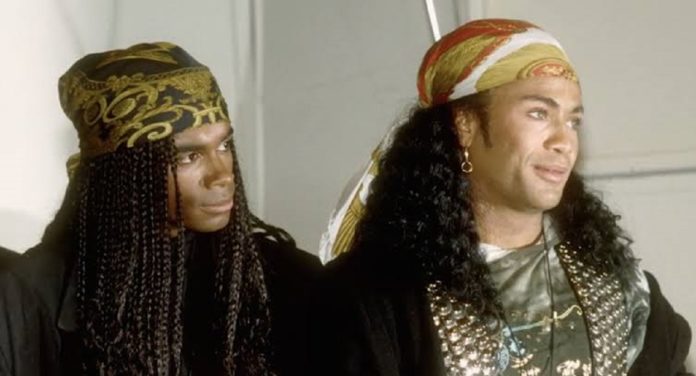 When the Best New Artist category is presented this Sunday at the 62nd Annual Grammy Awards, either Lizzo or Billie Eilish is expected to take home the prize. Both artists are sure to move on to long careers, but they won’t make Grammy history quite as spectacularly, and definitely not as scandalously, as the infamous artist that won the award — and then lost everything — 30 years ago: Milli Vanilli.

In 1990, Fab Morvan and Rob Pilatus beat out Neneh Cherry, the Indigo Girls, Tone Lōc, and Soul II Soul for the Best New Artist Grammy, but the pop duo didn’t get to savor their victory for long. Just eight months later, when the shocking news broke that they hadn’t actually sung on their album, the public outrage was so intense that they ended up returning their statuettes during a nasty and chaotic press conference. (The Best New Artist Grammy was never redistributed to any of the other 1990 nominees.) Most fans assumed that Morvan and Pilatus were forced by the Recording Academy to participate in the press Q&A, but in a rare, candid, and largely unseen 2013 Yahoo Entertainment interview, Morvan clarified that it was the duo’s idea to return their trophies.

Morvan said that they had never wanted to win the Grammy in the first place, for fear that the attention would increase the risk of their secret coming out. (Skeptics had already pointed out that the French-born Morvan and German-born Pilatus’s accents and limited English-speaking skills in interviews sounded nothing like the soulful vocals on their hit singles.) Although Milli Vanilli were initially excited to be nominated, eventually “reality sat in and it was like, ‘OK, we have a secret, and this secret is in danger of being found out now because of this massive exposure we’re about to get.’ So that felt a little awkward. And then, when the day came for us to get into the limo and drive to the Shrine, in downtown Los Angeles, we were hoping — both saying in our heads, because we talked about it — ‘Let’s hope that it’s Indigo Girls or Tone Lōc, or Soul II Soul, but let it not be us.’

“But of course: ‘And the winner is… Milli Vanilli!’ And that was shocking. Because suddenly, the world was watching closer.”

Run-D.M.C. recorded an unreleased Adidas song with Kobe Bryant: ‘It was just beautiful’

R. Kelly Allegedly Married 15-Year-Old Aaliyah To Prevent Her From Testifying Against Him In Criminal Case