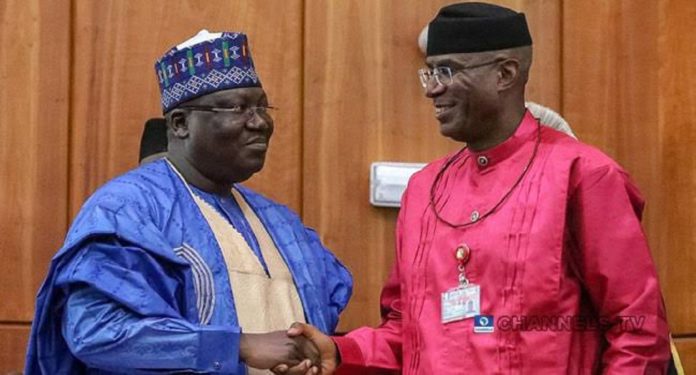 The senate is set to return to the red chambers on Tuesday January 28, 2020 to continue on the nations legislative business. But information available to 247ureports.com indicates the executive officers of the senate might not be seating easy as the threat of impeachment looms real.

According to the information received, the Senate President is said to have ‘angered’ and/or stepped on toes within the senate red chamber – and has awoken sleeping lions within the chamber who have been seeking for opportunities to strike at the senate president. Particularly, the angered Senators are reported to have compiled a list of all the sins of the Senate President to present to the senate house as a case for removal from the seat of president. This list included, job racketeering, the FIRS fiasco, N2m for Xmas, among others. The Senate President’s “inability to attract any good will despite the overwhelming support to the presidency” was also added to the list of sins.

The upsurge in the move to impeach the number one and number two men at the senate comes as a result of the new allegation against the deputy senate president, Omo Agege. Certain reports allege the deputy senate president had been indicated for criminal offenses in the USA that resulted in his suspension from practicing as an attorney in the State of California. The revelation caused a rejig within the power equation at the red chamber.

Omo Agege who has indicated his innocence stated that it was the work of detractors. However our source within the chamber indicates that Omo Agege remains rattled. “He cut short his recess and has been running to meet those that matters of in the Senate like Adamu Abdullah and Sen Abu Ibrahim“.

The senate seating of Tuesday is expected to be rowdy.