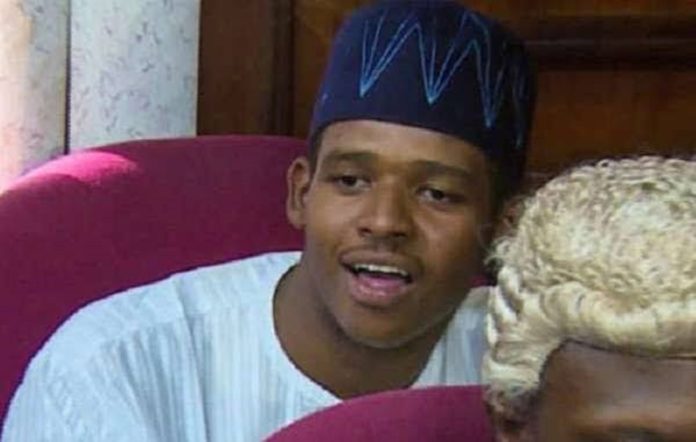 Mohammed Goji, an EFCC Operative, on Tuesday, apologised to the Federal High Court, Abuja, over a mistake that occurred in a bank account linked to Faisal, son of the Abdulrasheed Maina, the defunct Pension Reformed Task Team (PRTT) boss.

Goji, a member of the EFCC Pension Fraud Team that investigated alleged fraud by Maina, tendered the apology during the continuation of cross examination before Justice Okon Abang as the 2nd prosecution witness (PW2) in the ongoing trial.

News Agency of Nigeria (NAN) reports that Goji, a Principal Detective Superintendent with the anti-graft agency had, on Monday, told the court that the commission did not conduct an in-depth investigation into the defunct PRTT headed by Abdulrasheed Maina to unravel members of the team drawn from other ministries, departments or agencies (MDAs) of government.

NAN also recalls that the official had, on Dec. 16, 2019, told the court how Faisal Maina withdrew N58 million from a commercial bank in the country.

At the resumed hearing on Tuesday, Goji, while responding to questions by Faisal’s lawyer, Adeola Adedipe, said it was a mistake on the part of the anti-graft agency to have written two different account numbers for one bank account in Exhibit B1 it was using in evidence against Faisal.

Adedipe, during the cross examination, had queried two different accounts said to be for Alhaji Faisal Abdullahi Farms 2 Account in a commercial bank in the country.

The following interactions ensued between them:

“You are an experienced investigator?” Adedipe asked Goji.

“Yes I am an experienced investigator. I am doing my best My Lord,” he responded.

“You have been in service for a long time right, and when you are taking a statement of a suspect, you will inform them of the reason they are under investigation?” the lawyer asked.

“I have been an investigator for 14 years now.
When recording statement of a suspect, we normally inform them of the reason they are under investigation.

When Adedipe asked Goji if he had perused Faisal’s statement, he said: “Yes, I have gone through the statement of the defendant.”

The witness, who said he was aware that Faisal told him he did not know why he was arrested, said: “It was on the basis of our investigation that the defendant was charge to this honorable court.”

The witness told the court that he deposed to a verifying affidavit in support of the charge against Faisal.

He acknowledged that as contained in count one of the charge, it was on the basis of the commission’s investigation that the charge bordering on operation of account: 1018636805 (Alhaji Faisal Abdullahi Farms 2) in the commercial bank was preferred against the defendant.

Faisal’s lawyer then asked Goji, “Will you be surprised that there is no such account in the bank?”

Responding, the EFCC’s witness said: “I will be surprised if there is no such account with the name: Alhaji Faisa Abdullahi Farms 2 with the account number: 1018636805.”

It was at this point that Adedipe asked Goji to take a look at Exhibit B1.

“Is that Alhaji Faisal Abdullahi Farms 2 account in count one?” the lawyer asked.

“Yes, that is the account of Alhaji Faisal Abdullahi Farms 2. The account number is: 1017558607,” Goji responded after a careful perusal of the document.

The prosecution witness, however, disagreed with the lawyer, saying: “It is not my intention to lie to this honourable court.

“It was a mistake My Lord.”

When Faisal’s lawyer asked Goji if he was aware government permits its workers to also engaged in farming, he said: “Yes, I am aware of the business government permit a civil servant to embark upon. My lord, farming is one of them.”

The anti-graft official agreed with the lawyer that it was not unlawful for Faisal’s father to have engaged in farming business while in service.

Justice Abang, later, adjourned the matter till Jan. 29 for continuation of cross examination.