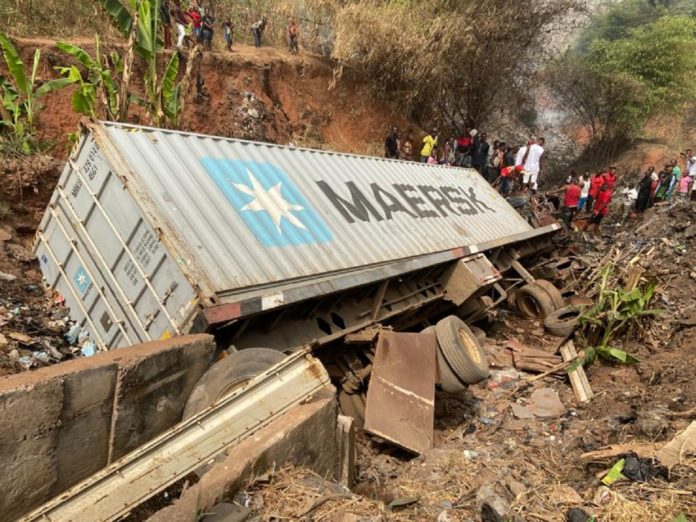 According to the Anambra state police command, the accident which was described as fatal occurred at about 9:20am,along Mercedes Avenue by Omor Street Mgbuka, Nkpor in Idemili North LGA of Anambra State.

” As a result,the Trailer with the container fell into a deep erosion Pit while the Tricyclists together with the conductor of the truck one Chika surname and address unknown died on the spot.”

The command’s statetement disclosed that Police patrol team led by the Divisional Police Officer, Ogidi Division CSP Mark Ijarafu visited  the scene,and that the corpses were removed and deposited at the Iyienu Hospital morgue at Ogidi and cleared obstruction to enable free flow of traffic in the Area.

The truck driver who also sustained injuries was taken to hospital where he is currently receiving treatment.

The state Commissioner of Police CP John B.Abang,fdc, the statement noted has commiserated with the bereaved families and ordered for a discreet investigation to ascertain circumstances surrounding the incident please.