Operatives of the Department of State Services (DSS) on Friday morning attempted to re-arrest convener of #RevolutionNow, Omoyele Sowore and Olawale Bakare inside the courtroom of a Federal High Court in Abuja.

The situation turned rowdy as Sowore’s reporters shielded him from the DSS operatives.

Channels TV judiciary correspondent who was also inside the courtroom was hit during the fracas.

“The police people and DSS just hit me cos I was trying to take a shot of them dragging Sowore,” she said.

Attempt to re-arrest Sowore comes barely 24 hours after his release.

Sowore and Bakare were released at exactly 7:15 pm on Thursday, hours after Justice Ijeoma Ojukwu of the Federal High Court in Abuja expressed displeasure over their continued detention by the agency. 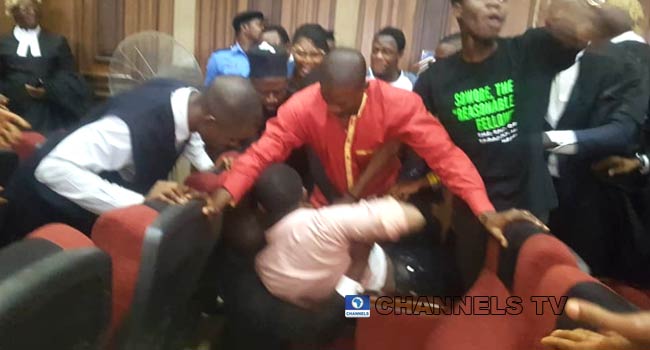 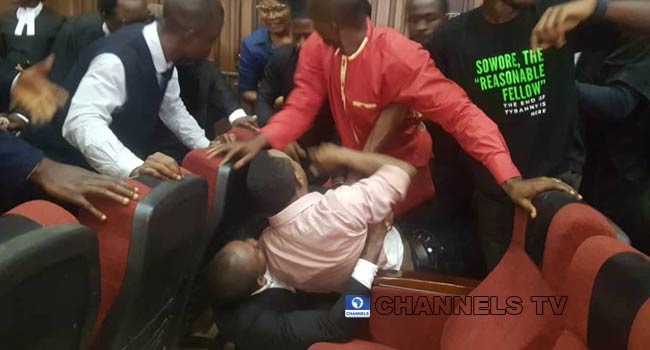