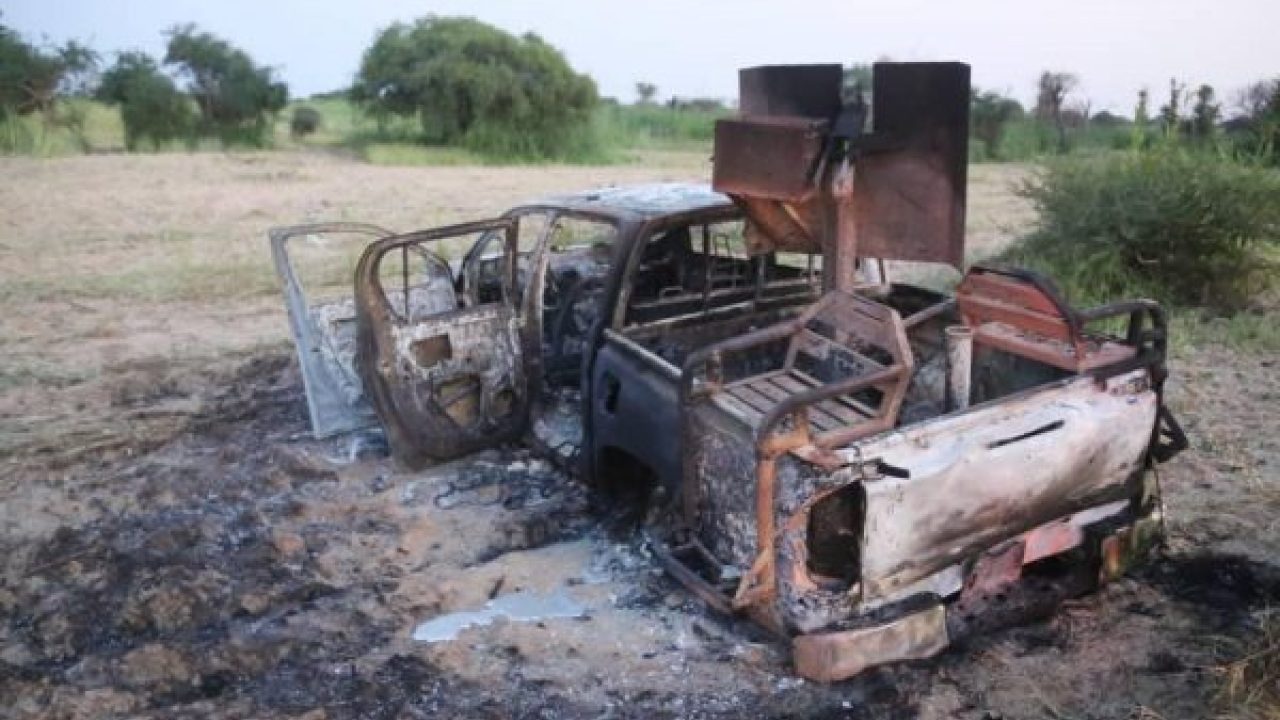 The Nigerian Army has said that seven terrorists died when their vehicle stepped on Improvised Explosive Devices (IEDs) they planted for troops in Lamba’a forest along Jakana-Mainok road in Borno.

Col. Aminu Iliyasu, the Nigerian Army Operations Media Coordinator, who disclosed this in a statement on Sunday, added that eight other terrorists were crippled by the IEDs.

He said: ”the incident was a clear case that can be best described as a tactical boomerang as a Toyota Sam Sahara model belonging to the terrorists stepped on an IED they planted against troops in the area.’’

Iliyasu also disclosed that a syndicate that specialists in smuggling smoked fish from the Lake Chad region for sale in some parts of Nigeria was busted by the troops.

He said the proceeds from the sales are believed to be channeled into the procurement of food stuff, groceries, drugs, toiletries, vehicle spare parts and other items for the sustenance of the terrorists activities.

“Four suspects were arrested and 16 sacks of smoked fish concealed in a room were recovered.

“Consequently, 18 suspects including drivers, conductors, mechanics and agents were also apprehended,” he said.

The army spokesperson further said that troop on `Operation Positive Identification’ at a check point along Baga road arrested one Musa Ishaku in possession of a fake Nigeria Customs ID card which he had been using to deceive security agencies.

In Kaduna, he said that troops of 1 Division rescued four kidnapped students from bandits at Gurmi Village in Chikun Local Government Area of the state after exchange of fire with the bandits.

“The suspected sea pirates, who obviously could not withstand the overwhelming fire power of the troops, fled the enclave in disarray.

“In the same vein, troops neutralized one armed robber during an anti-robbery operation at Adipet Filling Station along Rukuba Road in Jos North Local Government Area of Plateau.

“Others were believed to have escaped with gunshot wounds.

“Similarly, following confessional statements made by a notorious bandit/kidnap kingpin, named Yellow, troops of 3 Brigade tracked and arrested one of his gang members, Dahiru Dogo in Falgore Forest in Kano State,” he said.