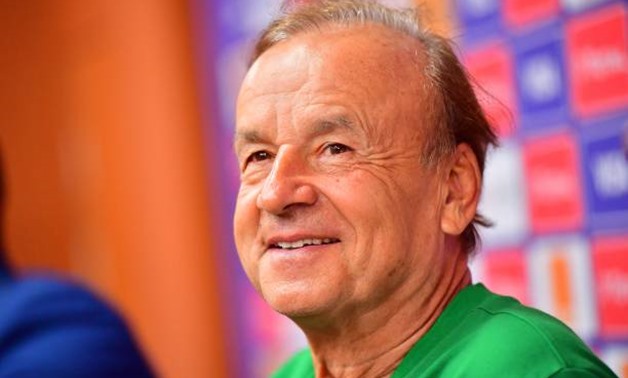 Ademola Olajire, Director of Communications, Nigeria Football Federation (NFF), disclosed in a statement on Thursday that Rohr is also having defenders Kenneth Omeruo, Abdullahi Shehu and Chidozie Awaziem back from injury.

“Otherwise, the squad is largely unchanged from the side that was forced to a 2-2 draw by Ukraine in Dnipro on Sept. 10,’’ he said.

“But England-based Leon Balogun and Russia-based Bryan Idowu are however left out of those called up for the defence.’’

The NFF spokesman said Azeez, a former under-20 national team captain now with Spanish La Liga side Granada was called up just as English side Leicester’s Kelechi Iheanacho was left out.

“Girondins Bordeaux’s Joshua Maja will sit this one out, with his place taken by another new boy, Olayinka,’’ he said.

“Alex Iwobi, Oghenekaro Etebo and Scotland-based Joseph Ayodele-Aribo, who scored on his debut against Ukraine, are all back in midfield, with Victor Osimhen, Samuel Chukwueze, Moses Simon, Samuel Kalu, Paul Onuachu and Emmanuel Dennis all back in the frontline.

“Substantive captain Ahmed Musa is still down with injury,’’ he added.

The News Agency of Nigeria (NAN) reports that all invited players are expected to arrive in Singapore on Oct. 9.

Nigeria and Brazil will face each other at the Singapore National Stadium at Kallang in Singapore on Oct. 13.

The clash is coming 23 years after Nigeria, on their way to winning Africa’s first Olympic football gold medal, spanked Brazil 4-3 after extra time in the Atlanta Games’ semi-finals.

The match was played at the Athens Stadium in the State of Georgia, U.S.