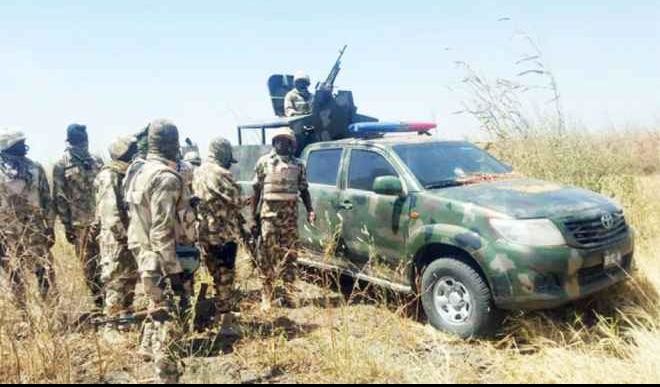 President Muhammadu Buhari on Saturday said the Federal Government would continue to give priority to the training of officers and men of the armed forces to effectively tackle security challenges in the country.

Buhari made the commitment during the graduation of 207 Students of Senior Course 41 of the Armed Force Command Staff College (AFCSC) in Jaji, Kaduna State.

“This is not only because we salute their courage and sacrifice to improve the security of our country but also because the armed forces have continued to be the beacon of unity in the country.

“I must again commend the armed forces, who continue to provide prompt responses to the numerous security challenges facing our country.

“Your response to Boko Haram insurgency, banditry, militancy, kidnapping as well as the activities of several armed groups among others have been very commendable,’’ he said.

He noted that the grandaunts had passed through several aspects of training in leadership, public security, command and staff functions to prepare them for the challenges ahead.

“With such an investment in you, the nation expects the very best from you in terms of your commitment to your duties, loyalty and service to your fatherland,” he said.

The president noted that the college was now well respected globally.

“It is the reflection of commitment, discipline, work ethics and high moral and academic standards that the college has maintained over the years.

“It is my pleasure to observe that there are 13 international officers from 11 African countries and Republic of South Korea, who have successfully completed the course.

“This is an improvement on the number of international students and I believe that in the coming years, this number will still increase significantly as the excellent reputation of the college is increasing around the world.

“I trust the international grandaunts will return to their countries with good morals and absolve the friendship and bonds we are contributing.’’

Buhari asked the students to bear in mind that they might meet again on foreign assignments as members of coalition of allied countries and as such should maintain the bond between them.

He added that the main purpose of the college was to train tactical and operational level officers to address the increasing contemporary security challenges.

“As you all know, Nigeria has been facing numerous security challenges which are both asymmetric and trans-border in nature involving mainly northeast side of the country and outside our borders.

“Many of the security challenges that we have had are trans-border in nature and that is why the West African countries and indeed the entire African continent must step up the level of military cooperation as they currently exist among us.

“I want to assure you that Nigeria in partnership with our allies will not relent until the terrorists are completely decimated.

“The AFCSC will be playing a leading role in developing new doctrine and military tactics and conceptualising new strategies to improve the combat activities of the armed forces,’’ he said.

The president commended the effort of the college in introducing media awareness functions in order to sensitise officers to the  importance and methodologies of utilising information and media in supporting military operations.

Earlier, the Commandant of the collage, AVM Shittu Alao, said that the course lasted for one year and that 32 of the students were recommended to be directing staff.

He explained that the course had equipped the students with expertise to lead units and conduct operations at tactical and operational levels.

“You are expected to play key roles in the battle against insurgency, banditry and other challenges in the country.

“As you return to your respective agencies and countries, I implore you to be good ambassadors of the college, and continue to sustain the friendships you have developed here with your colleagues and members of staff,’’ he said.