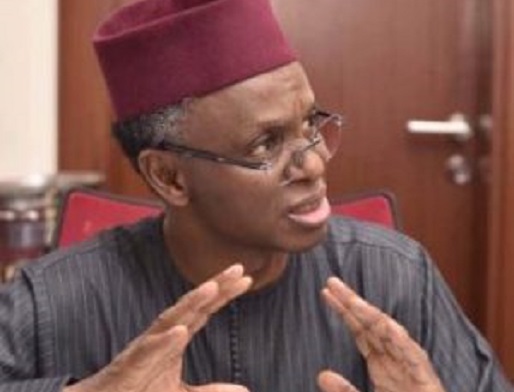 Some seven years ago thereabout I had written an essay Northern Nigeria, and her mythical realities, I repeated same, only two years ago, in the first instance, Mallam El-Rufai had graciously share it on his Facebook Page, today…being governor in Kaduna state, he is not sharing it, he is faced with the realities.

As with many things Nigerian, those that should listen, never do, those that should do something are never bothered. And like I said years back, call it falsehood, call it nonsense, be bitter or be complimentary about it, I really do not care or better still I care enough to tell us the way I see it. And it is a do-no-favors essay, complimented with a truthful El-Rufai jab.

The word of Malcolm X sums up my next few paragraphs: “You’re not supposed to be so blind with patriotism that you can’t face reality. Wrong is wrong, no matter who says it”

The myth, Aboki, is supposedly an Hausa term that is used to describe the man up North; he may be Hausa, Nupe, Berom, Fulani, Shua, but largely he is ignorantly Hausa to all and poor – he is either mai-guard (gateman), mai-ruwa (water vendor), mai shai (tea seller), mai-doya (yam seller), mai-reke (sugarcane seller), mai-miaa (fuel blackmarketer), add the blackmarket forex dealer to that list.

Whatever he is, he just has to be mai-something or mai-everything. He is a symbolism today to other Nigerians of violence and false face of Islam. He is ‘misunderstandingly’ understood…to this add the herdsmen narrative.

Is the North still united, as was the case, what about her oligarchy and a few leftist socialist activists that set the Talakawa agenda, what happened? What needs to be understood about the almajiri system and institutional begging in the North? Is it really about marginalization, who marginalized who, Abacha, Shagari or IBB, Yar’Adu or Buhari, what did we really do with power, one which we have held on to but remain largely economically and educational defunct and marginalized?

So Governor El-Rufai screamed, just a couple of Saturdays ago, Nigeria is two countries in one: a developing South and a backward, less educated and unhealthy north, with the highest number of poor people in the world.

He also drew similarities between the development indicators of the North and those of war-torn Afghanistan.

“We have to speak the truth to ourselves and ask why is it that northern Nigeria has development indicators similar to Afghanistan, a country still at war?

“Northern Nigeria has become the centre of drug abuse, gender violence, banditry, kidnapping and terrorism. We have also been associated with high divorce rate and breakdown of families. These are the challenges that confront us. This is the naked truth that we have to tell ourselves.

The truth is that, in many northern states more than 50% of young women ages 15-24 have no experience with formal education

Have you seen the state level count per capita poverty measure; look at the disparity in per capita expenditures. There are some 112 universities in the South and about half that figure in North.

Nigeria currently is on the top of the most unequal countries, the poverty in the North is in stark contrast with the reality in the south, whether it is better access to healthcare or education.

The Human Development Index of the states in the North compared with the South is suicidal. In the North we tend to spend less on our citizens than the South.

So, in Aboki El-Rufai, states, “We must therefore, as leaders at all levels, have conversation about the way forward for our part of the country. Because increasingly, as many of you must have seen on social media, we are being considered as the parasite of the federal economy, even though, that is not entirely true. Because northern Nigeria still feeds the nation. The richest businessman in Nigeria is still Aliko Dangote, not someone from Southern Nigeria, thank God for that.

He said that for the problems to be tackled effectively, the governors of all the 19 northern states have to work together.

Also speaking, the sponsor of the event and immediate past Chairman of House of Representatives Committee on Appropriation, Abdulmumini  Jibrin said  while the North is currently in a dire situation, it  has not lost everything.

We know our problems in the North, it is not Ruga because we know better…We need to find ways to solve our problems…For example if we create an enabling environment (good roads, security, 24/7 electricity) the North will supply the entire African continent and beyond with agricultural produce.

The good thing is that the North has vast amount of arable land, very young, fast growing and talented population, vast amount of natural resources, etc. A prosperous and peaceful North is key to Nigeria’s prosperity and greatness. However, we need to bash ourselves, the larger North, the smaller Arewa need to stop lying to itself and her people, there are current realities, where do we fit into it?

I will end this admonition again in the words of one of the problem sons of the North, Bro. TY Danjuma, “We need to think more, pray more, plan more, work harder, RELATE BETTER, and talk less. Battles are better fought and won through wisdom and strategy than through inflammable pronouncements and political tantrums.” This is to the North but it does apply to Nigeria, the current hate quotient is high-for how long? Only time will tell.