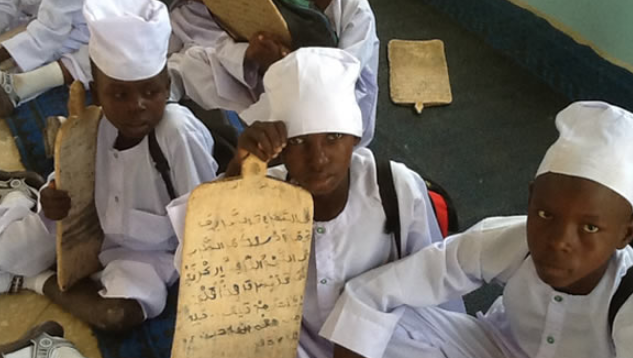 It is not proper to blame the Federal Government for the menace of the Almajiri system of education as the responsibility is that of state governments, President Muhammadu Buhari says.

The president spoke when he received members of the Progressives in Academics at the State House, Abuja, on Tuesday.

Almajiri system of education is a form of Qur’anic learning associated with begging on economic and religious grounds peculiar to some northern states.

The Presidency on June 21 dismissed reports that the Federal Government had concluded arrangements to ban the system of education.

Malam Garba Shehu, the Senior Special Assistant to the President on Media and Publicity, in a statement in Abuja, had said that the proscription of the Almajiri system had remained an objective of the Buhari administration.

Buhari told the delegation that it was the constitutional responsibility of the state governments to transform Almajiri system of education.

According to him, it is wrong to blame the Federal Government for the way and manner the  system is currently being managed.

“And that again, you reflect on the basis for revenue allocations from the centre which is being published by the Nigerian press every quarter – the amount of money earned and how it is divided by the three tiers of government.

According to the president, education remains a top priority for his administration.

He disclosed that the government had injected over one trillion naira into the nation’s education sector in the last four years through the Universal Basic Education Commission,  Tertiary Education Trust Fund and Needs Assessment interventions.

“Of course, you are all aware of the rot we uncovered at JAMB and many other institutions.

“Our home grown school feeding programme covering more than 10 million children, coupled with our social investment initiative has encouraged many parents to send their children to school and also pay for more teachers in classrooms.

“In the next four years we shall continue with the work to transform the sector bearing in mind our high population growth rate, financial challenges and security issues, especially those grossly affected areas,’’ he said.

Buhari maintained that his administration’s focus and agenda could only be sustained “if we have educated and secured society.’’

He stated that the government had no option than to produce more engineers, technicians, doctors, nurses and the teachers.

“To achieve this, we shall continue to seek your advice and guidance. I am pleased to note some of the ideas you proposed, this submission is timely as we prepare for the next level,’’ the president said.

Earlier in his remarks, the spokesman for the group, Dr Bolariwa Bolaji, expressed the readiness of the group to partner the administration to achieve its goals of transforming the nation to the Next Level.