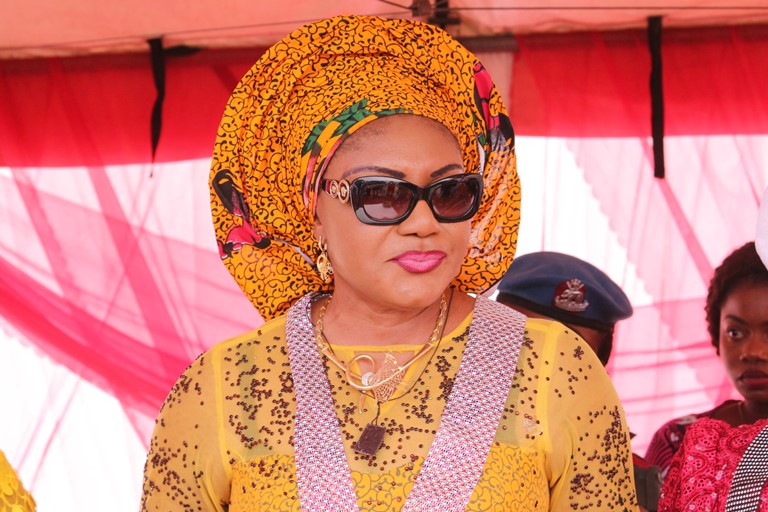 Wife of Governor of Anambra State and founder of Caring Family Enhancement Initiative (CAFE), Chief (Mrs.) Ebelechukwu Obiano (Osodieme) has called for concerted effort by parents, guardians and policy makers to save our children from the scourge of drug and substance abuse. She decried the debilitating effects of the indulgence that is denying our adolescence and youths the much desired future as leaders of tomorrow.

Congratulating the young ones on this year’s Children’s Day, Osodieme noted that the future of the average Nigerian child is threatened by the reported alarming increase in the abuse of drugs by many within age 0-17 years.

Osodieme who made the observation on Monday in a statement signed on her behalf by the Chief Media Officer, Emeka Ozumba,  in commemoration  of the 2019 Children’s Day celebration noted that the theme of this year’s celebration: “Drug Abuse Among Children: Addressing the Challenges,” was very apt, called for urgent action by parents and all stakeholders.

Osodieme said that parents and guardians should be alarmed by the reports that our Children have supplanted the age of curiosity with unrestrained experimentation with mood-altering or psycho-active drugs, performance-enhancing drugs and dependency drugs.

According to experts,  “Whereas  mood-altering or psychoactive drugs, such as codeine and tramadol, affect the user’s ability to reason and give him a false sense of well-being, performance-enhancing drugs, such as cocaine and heroin, give him extra stamina or energy.”

Osodieme however commended the National Drugs Law Enforcement Agency (NDLEA) for their consistency in the fight against drug abuse among children and youths by identifying the triggers which lead them into injecting prohibited substances which often embolden them to engage in all sorts of crimes. She challenged parents and other stakeholders to do more to save our children from this harmful trend.

“There is no doubt that the prevailing socio-economic factors of poverty and privation are major contributors and causes for worry but we are in dire need of improvement in parenting duties. Parents and guardians should monitor their children, make them confidants and be aware of the kind of friends they keep, as well as the places they go to.”

Osodieme also called for measures to stem negative peer influences, anxiety and desire by the youths to hide their weaknesses, and run away from problems rather take responsibility. She urged governments and privileged persons and organisations to adopt youth friendly programmes that will facilitate healthy grooming of our youths.

She stated that the task requires concerted effort which includes re-orientation of the youths on cultural values by faith-based organisations and  civil society groups; creating of job opportunities by the government as well as recognition by the children and youth that a good  future can only be guaranteed through hard work and responsible living.

Osodoeme also commended the Anambra State Government for providing safety cushions for children through child-friendly policies that have seen them excel at all levels of education and global competition. She equally assured that her NGO, CAFE, will remain steadfast in its support of government’s initiatives. She maintained that while her advocacy for good maternal and child healthcare will be sustained, she will not relent in working for other safety-nets in collaboration with parents for the well-being of the children in homes across the state.