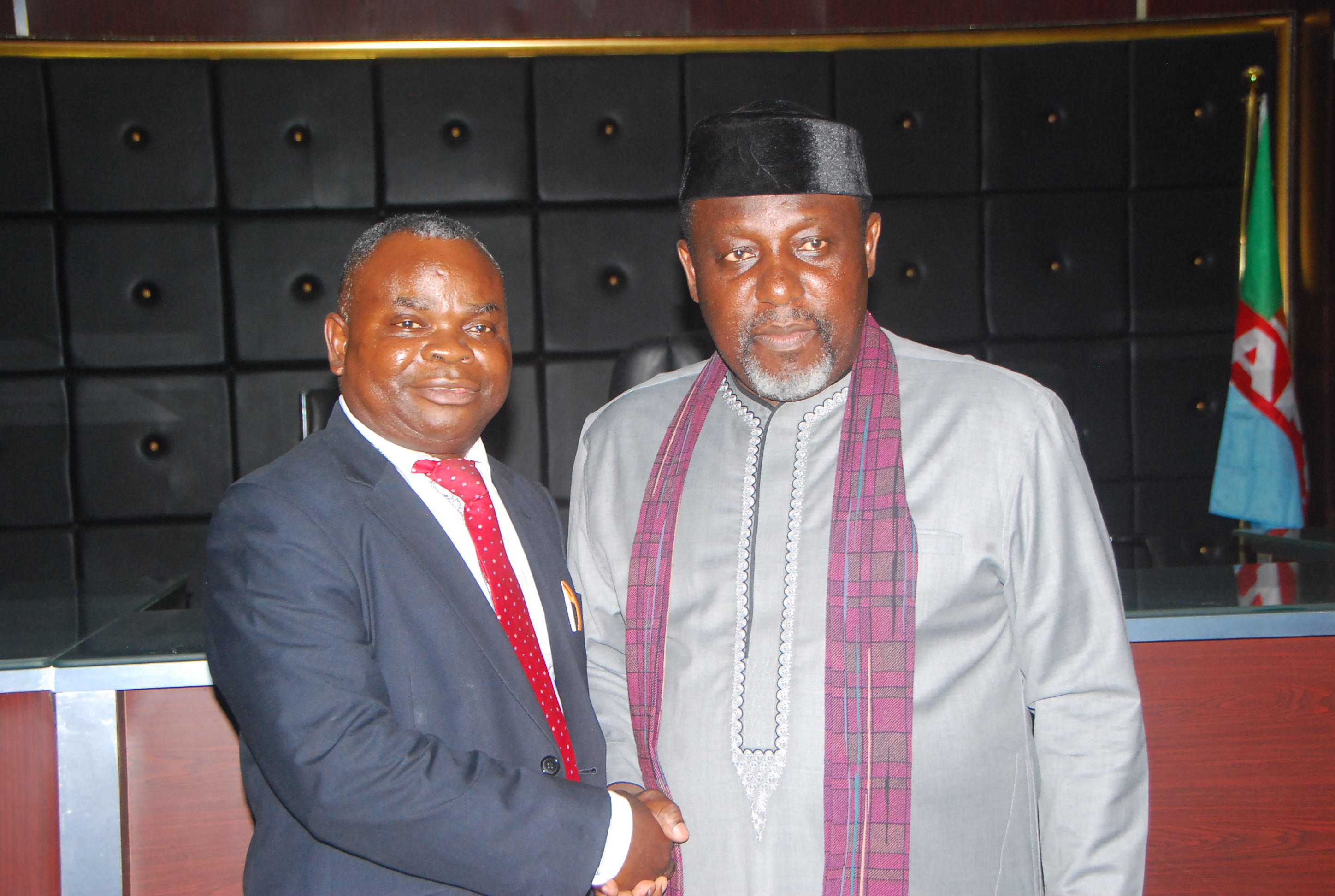 The governor, Owelle Rochas Okorocha has disclosed that he has kept N42.5billion for his successor Chief Emeka Ihedioha, stating that he decided to keep such amount for the in-coming governor so that there won’t be excuses in carrying out activities of government.

The governor made the disclosure while swearing-in eleven Permanent Secretaries including the new Accountant-General and Permanent Secretary, Deacon Donald Igbo, and the new Head of Service Mrs. Ngozi Ama Eluma explaining that N8.1billion of the money was meant for the payment of salaries and Capital Projects, while N5.2billion was for Pension Arrears.

He also stated that N7.6billion was meant for the renovation of schools, while N21.6billion was mapped out for rural roads, totaling N42.5billion, adding that following petitions from the PDP Chieftains, the Economic and Financial Crime Commission, (EFCC), blocked the money for the payment of arrears of Pension and others, at the point of starting the payments.

Addressing the new Permanent Secretaries, the governor advised them to do their best to reposition the Civil Service system, protect the integrity of the State and shun corruption, adding that workers in the State Civil Service should put in their best in the service of their fatherland.

His words “Remember God in discharging your duties. Discharge your duties without fear or favour and also defend your State when the need arises. I gave this State my best. I will do all I can to support the incoming government. Imo State Government have kept aside a total of N4.5b for the in-coming government, and for that reason, I will set up a sub-committee to make sure that the projects they are attached to, come to fruition even when I am out of office or when I will not be available because government is a continuum”.

He continued “The breakdown of these funds are as follows: N8.1b that came into Imo State offers from both State and LG, from FAAC, that money has not been expended as not even one naira has been taken away from it and the money is in Zenith Bank and has not been touched. The second money is N5.2bn in Access Bank, the reminant of the Paris Club fund, not one naira has been removed from it”.

He further stated “The third fund is N7.6b, money that came from UBEC. Imo State has paid a total of N3.8b counterpart fund and UBEC has brought in their N3.8b. That gave us N7.6b. That money is intact and not one naira has been removed from it. The fourth fund is the RAMP fund of $60m representing N21.6b and is also in Imo State Government’s account. It is with First Bank. The money is also here in Imo State and no one naira has been touched”.

According to him “If you total N8.1b plus N5.2b, N7.6b and N21.6b, you have a total of N42.6b which I will be handing over to Emeka Ihedioha led government as from the 29th of May, 2019. How are these money meant to be expended? I want to put it succinctly clear. The N8.1b naira from FAAC usually will cover the cost of salaries and capital projects. This government is expected to spend this N8.1b naira for the payment of salaries for May and also for the payment of other Contractual obligations as may be deemed fit.”