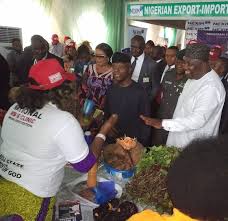 At the onset, Gov Ifeanyi Ugwuanyi did not mince words that his
primary purpose of seeking political office in 2015 was to develop
Enugu State. The governor also stated upfront what he intended to do
with government resources and services. On oath on May 29, 2015, he
swore to make government resources and services available to create a
level playing field for anyone who is willing to make a living, create
wealth, send their children to school, and live in a secure
environment.

Over the past four years, the governor has walked his talk. His
administration has consistently met all critical counterpart funding
obligations, takes security of lives and property seriously,
encourages Ministries, Departments and Agencies of government to
honour agreements and to operate optimally. Above all, compliance and
due process are not only made mandatory in all government
transactions, they are the basis on which the governor’s approval may
be sought and possibly obtained on any matter concerning use of
resources and services.

The result has been surprising by all standards. Today in Enugu State,
entrepreneurs, traders and artisans in rural and urban areas are full
of praises for Governor Ugwuanyi’s political sagacity and financial
acumen. While hundreds of old enterprises are expanding their
operational capacities and market shares, startups of different
categories are springing up in their numbers, resulting in thousands
of direct and indirect jobs. Across the state, crimes have
substantially declined and the hope of the common man is being
rekindled following noticeable improvements in various sectors of the
state economy. The aggregation of these efforts has already placed the
state on the global limelight.

The 2018 World Bank’s sub-national Ease of Doing Business ranks Enugu
State second best for a place to start businesses in Nigeria, and the
best in the Southeast. As a result, Enugu State was one of the five
frontline states honoured by the Presidential Enabling Business
Environment Council on April 3, 2019. The state’s Special Purpose
Vehicle for SME intervention and development, Enugu SME Centre, is
also rated one of the best in Nigeria and the most vibrant in the
Southeast. With absolute support from Gov Ugwuanyi, and piloted by an
astute and passionate technocrat, Mr Anayo Agu, and its pragmatic
enterprise development managers, the Centre’s unprecedented scorecard
since 2015 has distinguished Enugu State as one of the model states in
Nigeria for micro, small and medium enterprise (MSME) development.

Enugu SME Centre has so far trained over 36,500 entrepreneurs and
business owners; funded over 2500 micro, small and medium enterprises
under the CBN N220 billion MSME Fund and the state counterpart funding
programme with Bank of Industry (BOI), as well as over 7000 micro
entrepreneurs under the Government Enterprise and Empowerment
Programme (GEEP). It has also identified, prequalified, trained and
recommended over 850 MSME owners for funding under the new
CBN-Bankers’ Committee AG-SMEIS Programme launched in March 2018 to
promote agric-entrepreneurship and SME development across Nigeria.
Furthermore, the Centre collaborated with the Ministry of Health and
the office of the Chief of Staff to the Governor to facilitate Enugu
State government’s partnership with Olusegun Obasanjo Foundation (OOF)
and Starkey Hearing Foundation USA to give the gift of hearing to over
1700 hearing-impaired persons in Enugu State and the donation of
hearing aids valued over N1bn by Starkey Hearing Foundation USA from
October 2017 to May 2019.

In April 2018, Enugu State government, through the Centre, and the
offices of the Chief of Staff and the Senior Special Assistant to the
Governor on Development Aids, partnered with the German Government
through its development agency (GIZ) to introduce Financial Literacy
and inclusion in Enugu State. This collaboration has resulted in the
training of 420 teachers in the 36 science, vocational and technical
schools in Enugu State, and the introduction of financial literacy in
the curriculum for the Master Class on Entrepreneurship at Enugu SME
Centre, giving birth to the training of over 1300 aspiring
entrepreneurs and business owners.

The Centre also collaborated with the U.S. Commercial Service at the
US Mission in Nigeria to host Network USA (NUSA) for the Southeast,
which enabled the participants to learn the requirements for exporting
goods to the United States under the African Growth Opportunity Act
(AGOA).

To boost exportation of locally made goods, Enugu SME Centre in 2018
collaborated with the Nigeria Export-Import Bank (NEXIM), Nigeria
Export Promotion Council and Multimix Academy, Lagos, to organize an
Export-Import Finance Seminar for the Southeast zone and Delta. This
initiative led to the export of some made-in-Enugu products to West
and Central African markets.  Another significant milestone is the
hosting of the 19th Edition of the National MSME Clinic (Enugu
Edition) on October 2, 2018 which attracted over 4000 participants,
including Vice-President Yemi Osinbajo.  The event showcased the
entrepreneurial skills of Ndi Enugu as they displayed their products
to the world and to the admiration of both the Vice President and the
state governor.

As Governor Ugwuanyi begins his second term in office, the business
community is certainly excited and anxiously expectant. He is expected
to sustain and improve current development initiatives and to
introduce new ones, especially in the areas of skills training and
business incubation targeting the ever-present and growing danger of
youth unemployment and restiveness.

There is no doubt that Enugu SME Centre, against all odds, has set
many unprecedented records distinguishing itself as a champion of
entrepreneurship and enterprise development in Enugu State. In pursuit
of its mandate, the Centre has also left no one in doubt that its
chief mission during the period under review is the actualization of
Governor Ugwuanyi’s social contract with Ndi Enugu which he captured
in his four-point agenda.  It is left to be seen the trajectory the
Centre will take as it consolidates past achievements and explores new
frontiers in the next four years.