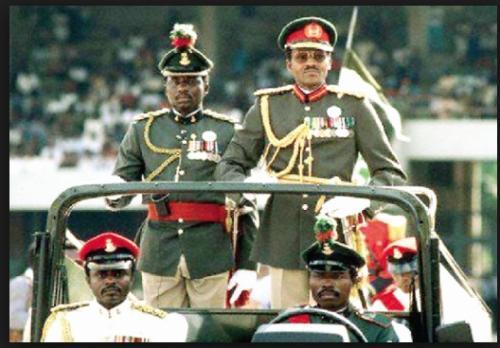 Williams Akporeha, the president of NUPENG, who fielded questions from journalists in Lagos, called on other groups to equally condemn the call.

Akporeha was reacting to the purported document in circulation, calling for the overthrow of President Muhammadu Buhari administration.

”The union condemns it and we urge all Nigerians irrespective of political, religious or tribal affiliations to rise up in one accord to berate these faceless individuals.

”We call on the people to assist security agencies in finding out those who are involved and where they may be hiding,” Akporeha said.

The union argued that the present democracy, whatever might be its shortcomings, was a collective struggle by all patriotic Nigerians.

He said that the union had the hope that the democracy had come to stay and could no longer be threatened or usurped by military coup d’etat under any guise.

Akporeha said that the removal of a democratic government through the barrel of gun was no longer acceptable or justifiable anywhere in the world and that Nigeria could not be an exception.

”Moreover, brutality can never solve any problem but will only complicate the situation and set back the progress of democratic societies”.