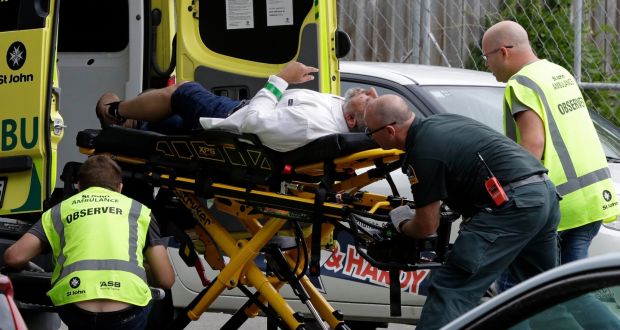 Three days after the terrorist attack in New Zealand, another shooting has taken place in Netherlands, leaving three dead. While both the Netherlands and New Zealand are considered safe and peaceful nations, violence has still managed to find its way to them. In today’s world, apparently no place is safe anymore.

As a civilization, how have we come to this?

So far, our way of addressing violence has been to capture the perpetrators and administer justice, which unfortunately does nothing to bring back the victims whose lives have been taken. We have grown so accustomed to terrorist attacks that we have resigned ourselves to a feeling of inevitability that they will occur. Over time, we have created a culture which in many ways condones and promotes and glorifies violence; a culture that is xenophobic, and instills fear of those who are different from us.

A culture that promotes hatred will surely continue to foster violence. To stop these attacks, we must shift our cultural values to peace and tolerance. A proven way for us to accomplish this is by utilizing a little known means of ending all violence, war and terrorism once and for all: Invincible Defense Technology (IDT).

A Non-Religious, Humane and Beneficial Approach

The practical components of IDT are the non-religious Transcendental Meditation (TM) and the more advanced TM-Sidhi programs. When large groups of experts practice these programs together, a powerful field effect of coherence and peace is generated that spills over into the surrounding population. Extensive scientific research has repeatedly confirmed measurable decreases in war deaths, terrorism, and crime when IDT is utilized. Due to this research the non-profit organization Global Union of Scientists for Peace (GUSP) advocates this simple and cost-effective approach for reducing social stress (see: https://www.gusp.org/global-peace-summit).

For about the cost of a few modern fighter jets, any military could establish a group of warriors trained in this advanced IDT approach. This Prevention Wing of the Military would practice IDT programs twice a day in large groups, defusing societal tensions not only in their country but also globally. The collective consciousness of all populations will rise through the influence of greater harmony and peace. Those who have engaged in violence will no longer do so. Studies have shown repeatedly that this method works–and will continue to work as long as the peace-creating group is maintained.

IDT is not restricted to the military; any large groups of experts trained in the advanced IDT techniques can accomplish the same goals of alleviating terror and violence simply by practicing this approach in groups twice a day. These groups could be comprised of congregations at places of worship, prisoners, the elderly in nursing homes, even schoolchildren. The important factor is that the techniques be performed by trained experts consistently in groups twice a day. In this way the chains of violence will finally be broken.

Nothing Else has Worked

At this critical juncture of our history, it is not only enough for governments and militaries to take preventative action; it is up to each of us as individuals to examine our own values and honestly assess whether we are promoting peace and tolerance or fostering hatred in our everyday speech and actions. As individuals, we can each embrace the tenets of Transcendental Meditation and set aside twenty minutes twice a day to practice the techniques that will ultimately shift our culture from hate to love.

It is up to each one of us to now take responsibility for the world we have created by together consciously creating a world without violence, war and terrorism.

Arlene J. Schar has served as Dr. Leffler’s Executive Assistant at the Center for Advanced Military Science (CAMS)http://www.StrongMilitary.org since 2015. She has edited and co-authored many of Dr. Leffler’s articles.