Home News Stockpiling Of Money At Gov Dickson’s Home, Wodu Arraigned With 4 Others 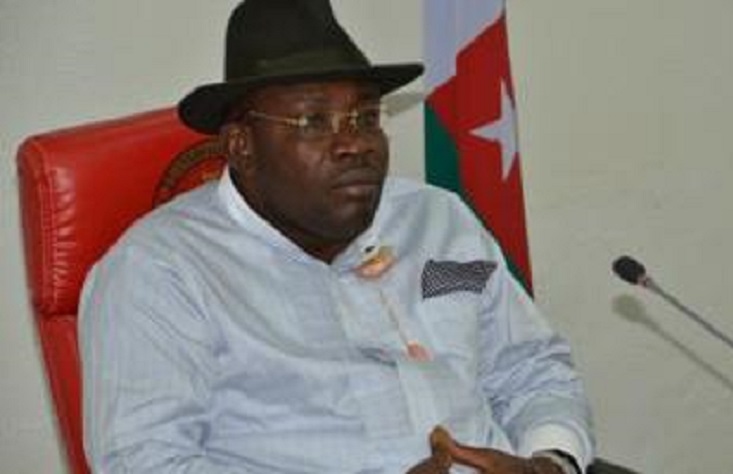 BAYELSA- A State High Court sitting in Yenagoa, today ordered
accelerated hearing of Miss. Esther Engbeke, Tamnatonye Jacob, Engr.
Wodu Ebikebomo, Mr. Dorgu Emmanuel and Mr. Sinclair Thursday for an
alleged conspiracy to commit Armed Robbery at the resident of Hon.
Henry Seriake Dickson, Governor of Bayelsa state contrary to section 6
(b) and punishable under 1 (2) (a) of the Robbery and Firearms
(Special Provisions) Act, Cap. R11, LFN 2004.
The alleged offence was conspired to have been committed at Toru-Orua,
the governor’s home town in Sagbama local government area of the state
on the 4th of May this year.
The Plaintiff witness, Mr. Richman Samuel Ebipade in his statement
said, sometime in the month of May, 2018, he got information from a
reliable source that Miss. Esther Engbeke also from Toru-Orua in
Sagbama local government area of Bayelsa state, held a meeting in her
house, that the governor of Bayelsa state, Hon. Henry Seriake Dickson
was stockpiling money in one of the rooms in his personal house in
Toru-Orua.
Plaintiff witness who is a Director of Domestic Matters to the
governor further said, this made him to set up a monitoring team to
ascertain whether the information is true or not, as this was
confirmed to be true which made him too quickly informed the Principal
Staff Officer(PSO) to the governor, Chief Superintendent of Police
(PSO), Ebi Okoyan who according to the witness swung into action and
got her arrested on June 1, 2018 and subsequently hands her over to
the Anti-Cultism Unit of the Nigeria Police for proper investigation.
Trial Judge, Justice E.T. Okara said speedy trial is expected on this
matter since the year is coming to an end and advised the prosecuting
counsel to handy with other witnesses.
The Investigating Police Officer (IPO), Inspector Ekpang Columba who
was docked at the witness box led in evidence by the Prosecuting
Counsel, Barr. Arthur Andrew said the IPO statement is in line with
investigation conducted which are before the court.
The IPO who in his evidence said, no weapon was recovered from the
accused persons as they (police) heard from a source in Warri, adding
that, whistle-blowing is not an offence even the security agents
encourage such, adding that, the first accused, Esther Engbeke never
planned with other suspects as was alleged by the police in her
statement.
In his cross examination, the Defence lawyers Barr. Stanley Damabide
and Barr. Julius Iyekorogha averred that there is no basis for the
charge, especially when charging under the Robbery and Firearms,
Special Provisions, Act 2004, saying that the punishment for the
offence is death.
According to Defence counsels, the contemplation in the law is that if
an arms robbery was committed, whether the accused were there or
conspired, such is guilty as the person participated, saying that, the
punishment is death.
“ The contemplation of the law does not justified a situation in
absence of the actual commitment of the offence can charge under
conspiracy  under the robbery and firearms Act of the Federal Act and
still get people convicted to face the ultimate penalty.
It is sad what is happening, we really need to come down our heart on
a system that focusing on persecuting instead of prosecuting innocent
men and women will spent Christmas and New Year without their loved
one in prison because of whistle-blowing. It is sad enough that they
are facing this punishment and deprivation even when looking at the
larger picture of the case, there is no basis for it”, defence
counsels lamented.
The five accused persons were not granted bail since their arrest on
June 1, 2018, their defence counsels said the condition at which the
matter is going is unacceptable to their prolong detention and prison.
“It is a pathetic situation for me to be facing this kind of
persecution, Engr. Wodu said expressing his resolve to persevere
through and come out from this case”.
The matter has been adjourned to the 21st and 30th of January, 2019
for further hearing.