The crisis rocking the Nigerian football legend Kanu Nwankwo’s family has taken a different twist after his wife Amara ‘unfollowed’ him on his social media account Instagram with the former Super Eagles’ captain retaliating with the same measure.Kanu was apparently unhappy with the way his wife attacked his younger brother Ogbonna on the social media last Sunday for overbearing influence in the family matters.Last Saturday, Ogbonna had posted a photo of a ticket to the Leeds United game going down and revealed on social media that he would be viewing it live but Amara attacked him, saying the ticket was for her son but the former player hijacked it.Read the story here if you missed it:

This might have caused Kanu a lot of discomforts and he is certainly not on the same page with his wife over the issue. 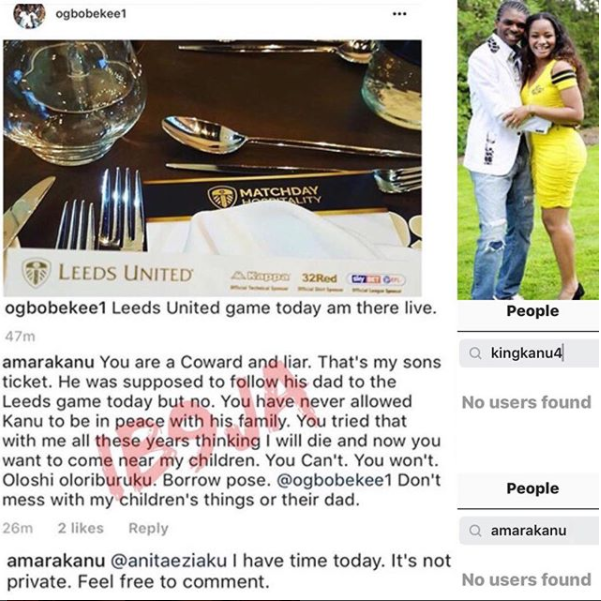 In a move that suggested the wife was unhappy about Kanu’s support for his brother, Amara went on the Instagram and stopped following her husband.Kanu also wasted no time in doing similarly. The former Arsenal player is going through one of the toughest moments of his life as he struggles to retrieve his seized property back from Asset Management Corporation of Nigeria, AMCON