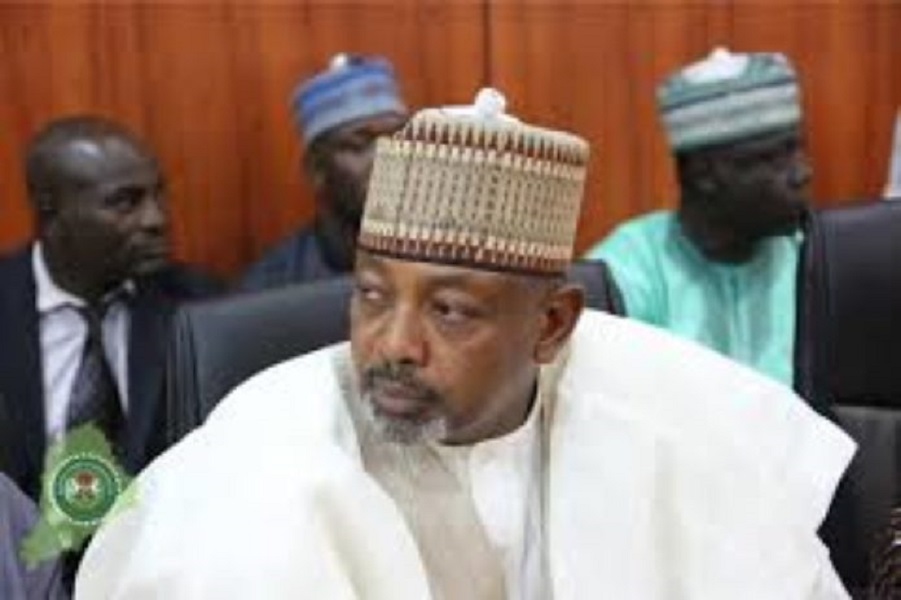 Our own Distinguished Senator Abubakar  Shaib Kyari is one Nigerian  representative gripped by the fear  of Boko Haram insurgency. He represents us the good people of Borno North senatorial district in the National Assembly (NASS).  The only snag is that his fears are unfounded and the alarm he is mouthing all over the place is just tricks to exploit the menace of terrorism at the detriment of our people for his personal gains.

At least, while refuting claims of the defeat of Boko Haram insurgents in the Northeast region, one could sight in him a politician who may not be speaking the truth. He exudes more of an ulterior motive, known with politicians at the approach of general elections. They are always jittery and exploit everything to their advantage.

It may be true that what frequently interrogates Sen. Kyari’s mind is how sounds of terrorists’ bombs would no longer resonate anywhere in our native state of Borno or the Northeast.  It underscores why Sen. Kyari, a man caught up in such dilemma aggressively disputed the reality as mouthed by the Nigerian government that Boko Haram terrorists have been defeated in Nigeria.

And that’s why phrases like subjugation, decimation, defeat and elimination of Boko Haram terrorism, as bandied in the media strikes the same meaning to him.  To our Distinguished Senator, they all mean one and the same thing. However, whatever the bent of his convictions, it does not add or subtract any of the existing realities in our communities.  The reality is that Boko Haram is at the stage of it complete elimination, having been defeated in Nigeria and we shall see them no more.

Probably, one may be tempted to say Sen. Kyari has failed to grasp the gist because he has lost touch with the practical reality at home. This may not be far from the truth as we are yet to feel the impact of his stewardship anywhere close home since his election in 2015.

To Kyari, like many other Nigerians, whom he probably spoke their minds, the lexical confusion still exists about the Federal Government’s efforts.

To this end, Sen. Kyari qualifies for an honorary title or a Pulitzer Prize in literature. If for nothing, in at least, peculiarly redefining the counter-terrorism war and raising the matter to the realm of national discourse to clarify those genuinely confused.  The response to Sen. Kyari has become imperative because he was courageous enough to voice it out, unlike other Nigerians with similar doubts, but preferred to remain silent in ignorance.

This response would certainly get other Nigerians in semantic confusion to differentiate between the words- defeat and elimination of terrorism. The motion Sen. Kyari moved in Senate plenary was premised on this ambiguity to arm himself using the military and an INEC that will follow his lead since the area remains inaccessible in his imagination.

Certainly, Sen. Kyari cannot be a victim of polluted conscience. He’s too nice a dude.  What is expected of him after this clarification is to raise another motion on the floor of the Senate in appreciation of soldiers in the counter-insurgency war. They deserve it because of the depravity or sacrifices they make to face terrorists. The Nigerian troops and political leadership in Borno State deserve his little commendation.

Much more, parliamentarians, whether at the national or state level from  Borno state should do same  to create the path for Nigerians and the government  to appreciate what the military  are doing in curbing terrorism in the Northeast or Nigeria.  What else? If those directly in the furnace of terrorism, like Sen. Kyari do not know when it flourished and at the point it was decimated and defeated, the dilemma of Nigeria becomes more complex.   They must herald the songs of victory over terrorism.

Sen. Kyari’s profile indicates that he was member-elect,   House of Representatives in the aborted transition of whatever year best known to him.  In 1999 to 2003, Senator Kyari represented his people in the House of Reps. Thereafter; he served severally as commissioner in Borno state under different governors. It means, for slightly above 20 years, Sen. Kyari has been in politics and government of Borno state.  He should know better the tensioned years of affliction of his constituents under the yoke of terrorism and now that the Nigerian military has ebbed it into near oblivion.

In Sen. Kyari’s electoral sojourn, the most fertile period was the last general elections when insurgency peaked. Internally Displaced  Persons (IDPs) housed in camps became the easy target of elective office seekers. Kyari like many others benefitted from this misfortune suffered by our people, by influencing votes or rigging the elections with food items in the guise of relief materials.

But that era has gone for good. The Nigerian military has defeated terrorism and IDPs have relocated to their devastated communities and homes. Whatever the level of poverty the returnees are facing, they are living a far more dignified life than what obtained in 2015 in IDP camps.

Sen. Kyari’s refusal to accept the defeat of terrorism is gleaned more from the reality that he is afraid of testing his popularity on neutral basis in 2019.  There is no room for his ilk to  busy themselves in Abuja only to come back to Borno to hide under Boko Haram to rig the people’s mandate.  It is understandable why the clan of politicians have kept drumming the existence of Boko Haram insurgency. But Boko Haram terrorism has been decimated and defeated and there are no more IDPs to exploit for electoral gains.

But as advice, Sen. Kyari should be thinking of something tangible such as a cottage industry to establish in Borno to employ our youths in the state in order to independently empower them with the return of peace in dislocated communities.  This done, it would be the signboard of the years of his political patronage in his constituency or Borno state  and  visa to his re-election.

Sen. Kyari should not be the typical Nigerian politician who only recognizes the value of his people when seeking their mandate.  In the pathetic state of IDPs returning to desolated homes, Kyari should not manifest more in unconscionably exploitation of the vulnerable.  He should act more practically.

Kyari is a smart politician, no doubt and he should act it in conduct to earn our  support now that we  have elevated him to the status of a Senator. It does not matter whether he discerns the meaning  of “victory ,” of terrorism or not.  His actions would speak louder than words in the gloomiest phase of the life of his people.

Sen. Kyari should understand that majority of the votes he got in 2015 senatorial elections came from IDPs camps. This is the time to justify the massive support and appreciation of the people, who have returned back to our ruined villages.

Sen. Kyari should rummage his conscience, by asking himself critical questions about terrorism in his native state of Borno.

Nigerians would want to know where was Sen. Kyari in 2013 when insurgents sacked his people in Damasak village and they deserted homes for him to stage campaigns in IDPs camps?  Are these people not gradually being resettled in their homesteads in these communities with the defeat of terrorism? Can Kyari recollect the condition of the road to his village from Maiduguri to Damasak from 2013 and before May 2015? What is the situation now on the road?

Sen. Kyari must know that if the evidently  false alarm he raised at the Senate or during personal media interviews are targeted at creating a panic  in order to exploit the hapless people of our constituency in 2019, he may be heading towards his political apocalypse. Our people  are now settled in their villages with the defeat of terrorism. They have become part of the informal security network working with security agents to fish out the remaining elements of terrorists to eliminate terrorism permanently.

No Nigerian, much more a Borno indigene who has sensed the remarkable difference in their lives now about insurgency would want to be fooled again in whatever guise.

In 2019, there would no longer be people displaced into camps to be settled with morsels of food in the guise of relief materials. They would have all settled in their homes in dignity to question the performance of representatives these years, especially those who come to seek re-election. And representatives like Sen. Abubakar Shaib Kyari should know better. He knows that we are waiting for him come 2019 to pass our verdict and his latest attempt may not be far from desperation to militarize the senatorial district for an election that we would be denied any participation but results written in his favour.

Therefore, if elections are Sen. Kyari’s nightmare and that’s why terrorism is not defeated,  he should have no reason to fear. He should rather come back home to his constituency freed from terrorism to showcase his relevance and stop hiding in Abuja or Maiduguri and its environs to throw unfounded missiles.