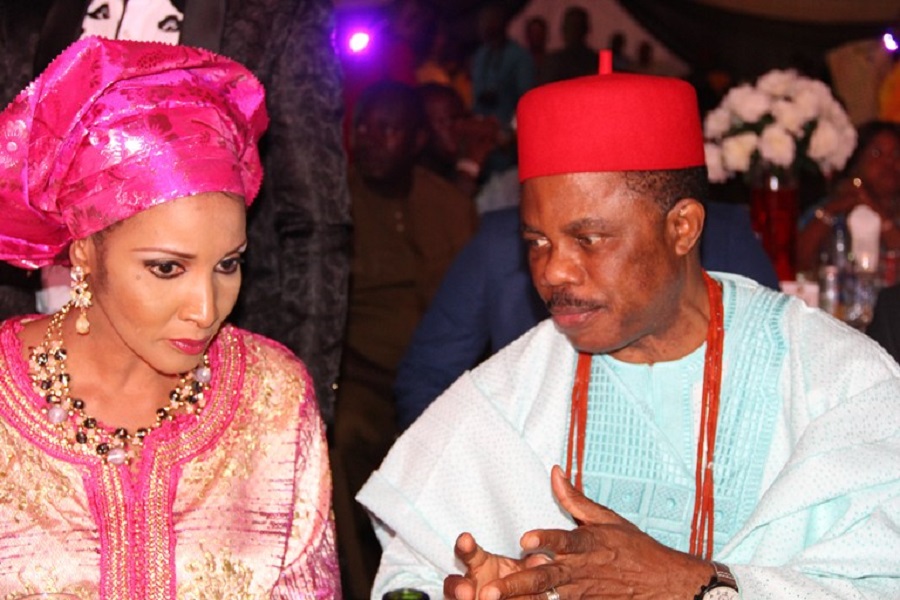 [poll id=”28″]
The comments attributed to Chief Chekwas Okorie in Vanguard Newspaper
s of July 19, 2017, to the effect that United Progressives Party (UPP)
is the only party contesting the Anambra State Governorship polls,
because APC has not executed any federal projects in the South East
falls flat in the face of lucid facts available to all.

In another comment, Chief Okorie mirrored the thinking of the APC
which runs through its manifesto, founded on welfarism when he said :.
‘PDP was in government for 16 years and both in the South East except
for Anambra, they dominated government of the South East, they
dominated National Assembly, they have the federal government even the
President was given an Igbo nickname Ebele Azikiwe all in attempt to
make him feel he is Igbo and still that did not persuade him to do
anything for which he would be remembered for.

Yes he made appointments but appointments all over the world benefit
principally the individuals and their families. If he builds road poor
man, big man would ride on it. If he provides infrastructure, it would
benefit everybody’.

The later comment is a good basis , coming from Okorie himself to
adjust his eye shots on what everybody in the South East have noticed,
to his exclusion, ostensibly because he is blinded by a political
dream of UPP winning Anambra State elections.

Having made the quoted statement above, his earlier comment in the
same interview that ‘APC distanced itself from the people, by its act
of exclusion in important appointments’ cannot hold water ,despite the
visible contradictions, as APC remains guided by its core agenda for
raising the platform of development in the South East, which
incidentally does not tally with that of PDP ,condemned by Okorie.

These include Enugu –Onicha Express way, Enugu –Port Harcourt Express
Way, Nnewi Uga Okigwe Road , Aba -Uyo Road, Port Harcourt Owerri Road
( Imo State Section),all with he multiplier impact on Anambra State
and the South East.
Also under execution, and connecting Atani and Oko IN Anambra and
Delta States is a better designed and cheaper Second Niger Bridge that
does not enslave generations unborn to perpetual toll collection, yet
is under the frame off professional project management way from the
throes of corruption.

The South East is a lion beneficiary.

Does Chief Okorie know about the new rail labyrinth that connects
Lagos –Benin-Onicha-Aba and Port Harcourt , with Aba assuming the
status of a hub all envisioned to reawaken the industrial prowess in
Okorie’s home zone?

We therefore thank Okorie for submitting indirectly that the Anambra
State November 18 contest is between UPP and APC and going ahead to
agree that APC will win, since his wrongful facts intended to reduce
the chances of APC has been effectively erased by his own arguments in
the same publication , with only additional facts known to those who
did not vote for Okorie as Presidential candidate in 2015 and will not
vote for his highest bidder on November 18 in Anambra State.

We therefore urge the ever progressive voters in Anambra State to
ignore Okorie and connect to the centre of Nigeria with their votes,
returning APC to the Government House for the wake of a better future
for their generation in which Anambra State wwill take its rightful
place in the nation.