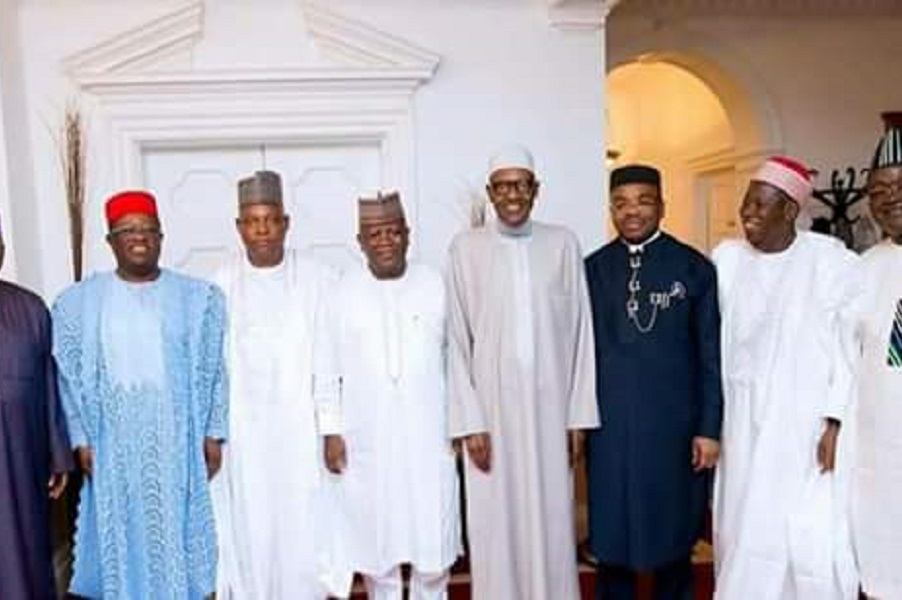 The National Secreatry of the organisation, Pelumi Olajengbesi, said at a briefing on state of the nation in Abuja that it became important considering continued absence of the President from the country.

He said the situation was becoming unbearable and could further degenerate an already bad socio-economic condition.

As a result, he advised the council to evoke section 144 and 145 of the constitution, which empowers the council to setup committe, who will examine medical status of the president or his vice incase he is medically unfit.

He said, “The current situation of our country as per the health status of Mr. President is just a demonstration that Nigeria as a nation is yet to evolve to be a country that is good enough or that has its leaders responsible enough to do things in line with the law. Ordinarily, the position of the constitution section 144 and section 145 is very clear in a situation like this.

He argued further that, “Position of the constitution was not written in the desire of the president, it was written in the interest of the country and the essence of this is to avoid vaccum in terms of leadership, governance and authority.

“So we are saying to the federal republic of Nigeria, the government that they should invoke this aspect of the constitution, ensure that this committee is put in place.”

To this end, the organisation gave the National Assembly ( NASS) a seven-days ultimatum to set up the committee.

Olajengbesi stated that where this fails, the organisation would seek a court order which would compel the Senate and House of Representatives to comply with the constitution.

“Ordinarily we are having a meeting beyond this press conference at the level of our organisation, we might be thinking of getting an order from court to compel the Senate and House of Representatives to comply with the section 145 of the constitution which says that in a situation where the health of Mr. President or vice president is unfit that a committee should be put in place to examine the state of his health.

“Mr. President has been out of this country for sometimes now, and it is a demonstration that as a country, we are not developed enough to address our medical issues and again, the President is also spending money. Let us put ourselves in this situation, there are so many Nigerians who are victims of the kind of sickness affecting Mr. President but they don’t have such kind of opportunity, so do we say that the country should be governed in such a manner?.” He queried.

“So our position is that the Federal government, the executive council, the vice president should call for an executive council meeting, a resolution should be passed to set up a committee, the committee should set up in conjunction with the Senate and the Senate should approve the decision of such an independent committee to know if the President is fit enough to govern the country.

“We have written a letter the government, we have addressed the letter to the AG, we have addressed the letter to the SGF and we have also dropped a letter with the Acting President and we’ve given them seven days and it is our intention that within this seven days, if the government refuse to comply with the position of the law, it is very simple, though the court is on vacation but this is a matter of emergency, this is a matter of national second. We will approach the court through a process by seeking an order compelling all those who are in-charge of the management of laws of our land to comply with section 145 to ensure that this committee is put in place and it will be addressed.

“When the president is sick, it doesn’t matter what we feel or the interest we have in him as our president, but what is important is that our country must grow as an institution,” he added.

Earlier, the Executive Director, UGRFP, Olaseni Shalom stressed the need for the Federal Government to commence the process of restructuring the country.

He reiterated the the organisation’s readiness to lend its voice to the clamour for a restructured Nigerian state, to a system that works.