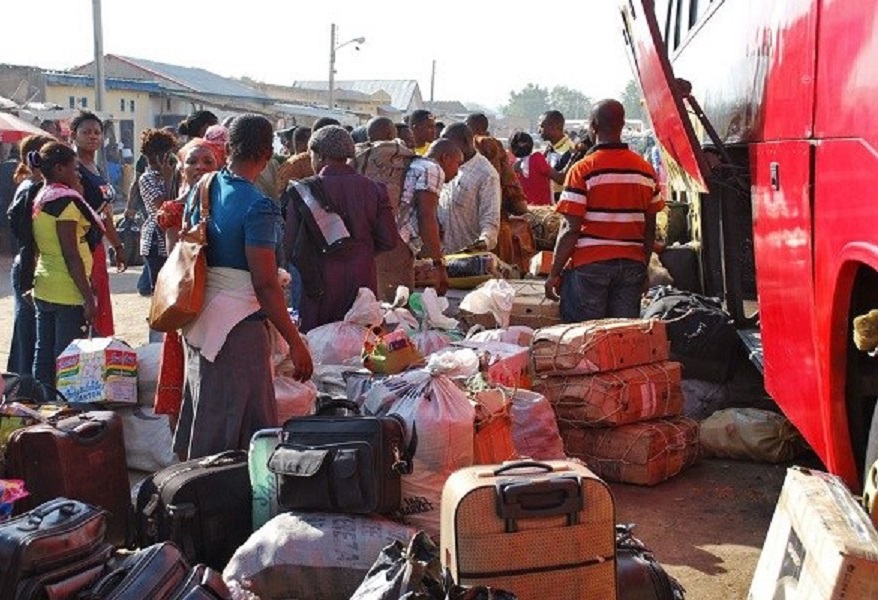 Advertisement
By Uchechukwu Ugboaja
Ahead of the Oct. 1st deadline issued by some Arewa Youth in the wake of the Biafra agitations of IPOB led by their Supreme leader Nnamdi Kanu, South-East Landlords have began to increase the cost of rent in the South-East.

Loading ...
This was revealed by our investigative reporter who is in Umuahia the Abia state capital home of the self-aclaimed freedom fighter who has been at the forefront front of the Biafra agitation.
According to a resident of Aba who preferred to speak on the basis of anonymity to avoid being victimised by his own landlord, he said that it is clear that a lot of landlords have began to arbitrarily increase their house rent ahead of the mass exodus of South Easterners from the North due to the October 1st Quit Notice, which he described as colour.
“How can landlords who are also Igbos be increasing house rent because of this issue of quit notice, it is unfair and wicked,”
A house that people have been living and diligently paying their rent since all these years have now become what has now trippled because of our brothers who are returning back home from the North, what do they want them to do now if they cannot afford this high cost of rent they are introducing, may be they want them to stay back there and be killed? This is just being heartless,” he lamented.
It was also revealed to me by another transport operator that some landlords under an umbrella body known as ‘House Owners Association’ have also endorsed the crazy increment of rents especially in view of the incoming returnees from the North.
According to him these returnees for now cannot afford to build their own houses immediately and so they have to rent, so he wondered how they would cope with this new imposition by the landlords.
He also said that the new order is also beginning to affect those of them who have been enjoying the previous affordable rent regime because it appears that the House Owner Association have made up their minds to take advantage of the Arewa Youths October 1st quit notice.
According to him, he said in an area around New Umuahia Road, Aba where he currently resides an average 2bedroom flat is usually between N8,000 and N12,000 but right now it has been increased to about N20,000 to N32,000. He said this discovery was made when he was asked by his younger brother who was gradually sending back his belongings and family back home and needed a flat of his own to keep his family.
He finally appealed to the governors and political leaders from the South-East to intervene in the situation insisting that Igbos should not be in the habit of chasing away their brothers when they are being threatened by outsiders, because we have no other land to call our own, he ended by saying ‘Igbo bu’ike’.
You will recall that Nnamdi Kanu the Biafra leader had previously said that any Igbo who refused to return back before the Oct. 1st Arewa deadline cannot be guaranteed safety anywhere in the North, because he described the quit notice as divine considering his call for the federal government to divide the country.