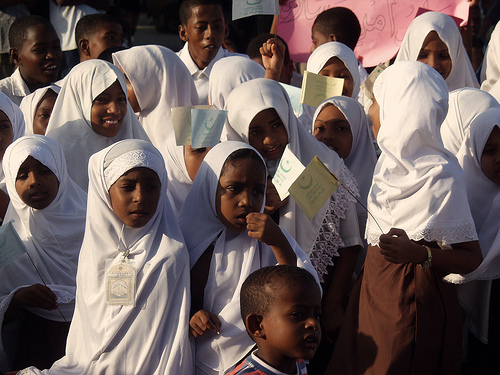 Recently two states, Osun and Lagos, in South West Nigeria have been embroiled in a dispute over the Islamic veil, and as usual a tensed atmosphere has pervaded in the region as judges and politicians scramble to appease or to be seen to be appeasing the aggrieved religious groups. In Osun state, following a court order that upheld the right of Muslim girls to wear the headscarf, female Muslim pupils came to school with their hijab and their christian counterparts turned up dressed in choir and other religious costumes.