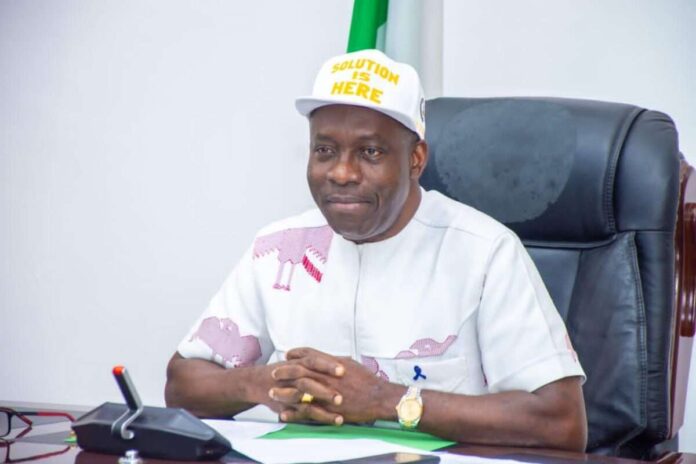 Advertisement
The Anambra State Government through the Ministry of Information and the Chief Press Secretary to the Office of the Governor has charged that a publication made by 247ureports.com was criminal and fake news – and that the associate publisher of the medium is a fake journalist.

Most importantly, the content of the report is not false. Surprisingly, the media handlers of Soludo administration did not also fault the correctness or falsehood of the content. Rather, they focused elsewhere.

As can be deduced from the above, the original source of the article/report was the Punch Newspapers. But the Chief Press Secretary [Christian Aburime] opted to react to the publication made by 247ureports.com instead of the original source. Hear him, “this is bad headline, totally unacceptable to the government of Anambra State. How would a responsible journalist in your stable cast a headline like this? Very misleading and an affront to the government of Anambra State! Is this how journalism is practiced. Must we openly express our sentiments for a candidate without adhering to the ethics and tenets of the journalism profession??”

It is interesting that the headline is not misleading.

See screen shots of the messages below:

Shortly after the interaction with the chief press secretary, the publisher received a call from the Commissioner of Information to the Anambra State Government, Sir Paul Nwosu. He was hot. He called the publisher a “fake journalist”, a “hired hand”, “working for the PDP”. The publisher attempted to inquire what was the point of discontent but the Commissioner was not letting up.
Hours later, the Commissioner released a news bulletin that was aired at the Anambra State Broadcasting Service [ABS] – Both through the Radio and Television service indicating that “Ikenna Ellis Ezenekwe” had published a fake report – and that the report had been purchased by the opposition party.
Along with the ABS news bulletin, the Commissioner released a written response. Below is the response.
————
Announcement!
*NO WORK-FREE DAY IN ANAMBRA STATE*
The attention of the Anambra State Government has been drawn to a spurious headline on social media that goes thus: “Work-free Day Declared in Anambra for Atiku’s Visit.”
The general public is hereby notified that this is a collosal fabrication by one fake journalist who goes by the name of Ikenna Ellis Ezenekwe.
No Work-free Day has been declared in Anambra State for anybody’s visit.
The hireling who is spreading the Fake News should be ignored by all decent people.
Thank you.
*Sir Paul Nwosu* Commissioner for Information, Anambra State
—–
When the publisher attempted to reach the Commissioner through a more calmer means – sms message – to explain and to inquirer what the point of discord was, the Commissioner responded that he was not aware that Punch Newspaper also published the report. He said Punch was not quoted. But Punch was clearly quoted.
See the screenshot below.

It is without doubt that Soludo has begun to score major successes. The revival of the moribund road networks has begun. The kick-starting of a more friendly and workable education system has also begun. The streamlining of the taxation process is taking form.