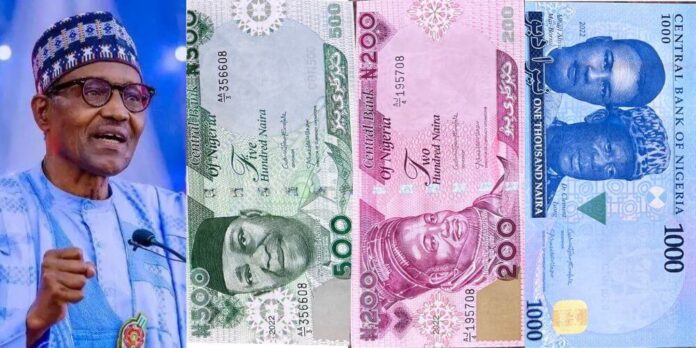 Former lawmaker, Sen. Mao Ohuabunwa, has called for a repeal and re-enactment of the Act establishing the Central Bank of Nigeria (CBN).

Ohuabunwa made the call during an interactive session with members of the Correspondents Chapel of the Nigeria Union of Journalists, Abia Council, on Wednesday in Umuahia.

He kicked against the naira redesign, pointing out that it was the law that empowered the apex bank to do so.

He wondered why such a project should be the priority of the CBN Governor, Mr Godwin Emefiele, instead of initiating measures to revive the nation’s currency.

He hailed the new Electoral Act 2022, saying that it had restored the trust and confidence of Nigerians, particularly with the introduction of the Bimodal Voters Accreditation System.

He said that the Act would help to bring credibility to the process and ensure that people’s votes count in 2023.

The News Agency of Nigeria (NAN) reports that Ohuabunwa, a PDP chieftain, represented Abia North in the eighth Senate.

He lost the seat to former Abia Governor, Sen. Orji Kalu, but currently seeks to return to the Red Chamber in 2023.

He said that he was inspired by complaints by the constituents that Abia North had lost its voice in the Senate since 2019.

According to him, Abia North in the Senate has become a comic relief.

Ohuabunwa, who spent three-and-a-half years in the Senate due to prolonged litigation, regretted that he could not make it back to the Upper Chamber in 2019.

“I was robbed from going back in 2019 after I had laid the foundation with the hope that I was going to come back, hitting the ground running,” he said.

He said that the constituency enjoyed quality and superlative representation under Sen. Ike Nwachukwu and late Sen. Uche Chukwumerije.

“Abia North was on top by whatever parameters that were used in assessing senators’ performances.

“My losing election in 2019 was not because my people did not want me but due to  conspiracy,” said Ohuabunwa, popularly called “Follow better”.

He scored himself high as a legislator, saying that he sponsored landmark bills that later became laws.

He listed some of the  bills to include the National Centre for Disease Control (NCDC) Bill, the Cancer Treatment Bill, Agric Loan Credit Scheme, all of which became Acts of Parliament.

He said that he also sponsored the bill for the Federal College of Education (Technical) Arochukwu, which was passed, but regretted that it could not be assented to by President Muhammadu Buhari.

“If somebody was there to push the bill, it would have been assented to.

Ohuabunwa also said that his greatest achievement had been in the area of human capital development, citing the number of persons that had been fixed in federal jobs, plus his skill acquisition and empowerment programmes.

He X-rayed the performance of the ninth Senate and rated it low in terms of holding the executive arm accountable in providing good governance to Nigerians.

Before his election to the Senate in 2015, Ohuabunwa represented the Arochukwu/Ohafia Federal Constituency between 1999 and 2007.

In a brief remark, the Chairman of the Correspondents Chapel,  Chief Obinna Ibe, said the interation was intended to provide political office holders a platform to showcase their manifestos to the electorate.