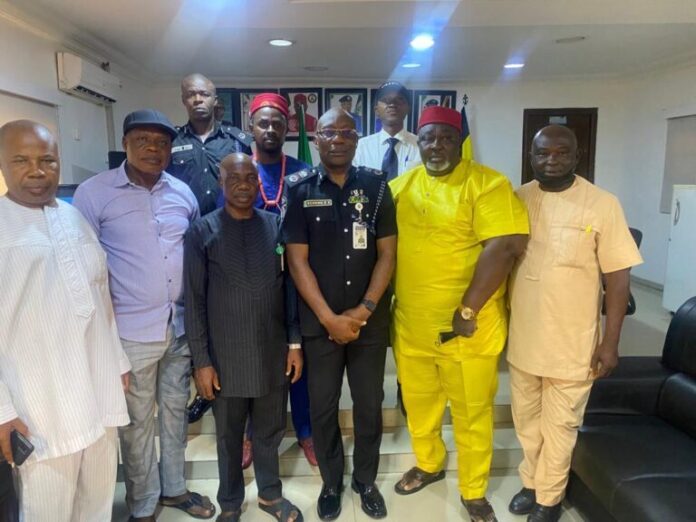 Anambra State Police Command has told political parties to make their campaign known to the Command and always notify them of their political activities ahead of the soon-to-kick-off campaigns for the 2023 general election.

The State Commissioner of Police, CP Echeng Echeng, made the call on Tuesday during an interactive session with leaders of political parties in the state at the Command’s Headquarters in Awka.

According to him, political campaigns are a critical part of the electioneering process, hence notifying the Command ahead of their campaign activities will help to ensure provision of adequate security for such gathering.

He noted that the Command shall also deploy other tactical and operational units as well as traffic control policemen to strategic points to ensure that the existing public safety and order in the state is sustained.

“The teams are expected to carry out security patrols, surveillance, traffic control and patrols in conjunction with sister security agents. This will definitely prevent criminal elements and hoodlums from taking advantage of unsuspecting party faithfuls and also ensure proper security of such events,” he said.

While reassuring of the Command’s commitment in discharging her constitutional roles of protection of lives and property in the state, CP Echeng, however, admonished his men to continue to display high level of professionalism and operate within the context of the law in carrying out their roles.

He also called on members of the public to coordinate themselves and cooperate with the police and other security agents in the course of discharging their constitutional responsibilities.