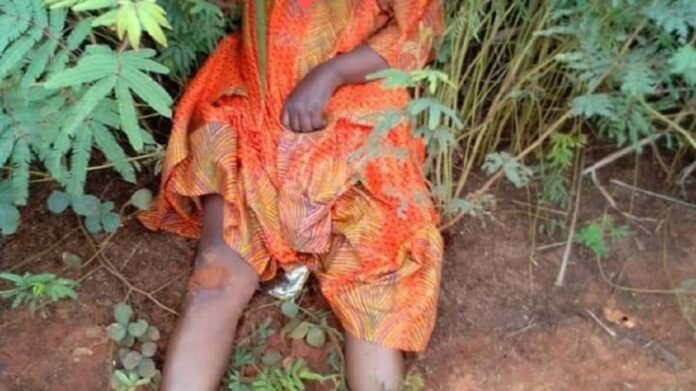 By Favour Goodness    First son of Igwe Alex Edozieuno, former traditional ruler of Mkpunando, in Anambra State, was recently assassinated by unknown gunmen, Prince Chinedu Edozieuno, has alleged that he is being trailed by his father’s killers.

The young Edozieuno said he has been receiving threat calls from anonymous persons since he started making frantic efforts to help police find his father’s killers.

Prince Chinedu in a press release on Sunday morning also said he was worried that more than one week after his father was assassinated, the state Governor Chief Willie Obiano who hailed from the same community and of the same age grade as his father, has not cared to know how the family is faring after the tragic incident.
The death of Igwe Edozieuno on September 10, 2021, had sparked controversy, as it was believed that it was politically motivated, as he had just dumped the All Progressives Grand Alliance, APGA, for the All Progressives Congress, APC, before his death.

“It is curious that since my father’s assassination, the Governor has not shown any concern. He has not called to commiserate with the family or pay a visit.

“Meanwhile, since I started reaching out to the police following the assassination of my father, I have been trailed by unknown persons. This poses danger on my life. I also receive calls asking me to drop the case even as some people I suspect that have a hand in the killing of my father jubilate openly.

“As soon as news of my father’s assassination broke out, we heard that some people started celebrating.
“When I complained to the police, they asked me how I am sure they have a hand in my father’s death.

“I call on the Presidency, the Inspector-General of Police and security agencies to come to my aid so that those who killed my father will not kill me also”, Prince Edozieuno pleaded.

He believed that those who killed his father are not far from his kinsmen, saying that his father earned the wrath of some of his kinsmen after he successfully ensured the carving out of three autonomous communities from Aguleri namely: Enugu-Otu, Eziagulu Otu and Mkpunando.

.
He alleged that influential people, including a prominent member of the ruling All Progressives Grand Alliance (APGA) from Anambra East Local council has not been happy with his father because of his influence and moreso after he joined the All Progressives Congress (APC) after he was dethroned.

He debunked a rumour linking his father’s assassination to Indigenous People Of Biafra (IPOB) and Eastern Security Network (ESN), insisting that his father had no issues with the group.

He said: “Some people have tried to link my father’s death to IPOB. That is false and cheap propaganda.
“My father’s death cannot be far from the autonomous community issue because influential people from Aguleri wanted the town to remain one. My father’s death is a strong hatchet man’s job by some highly placed people”.