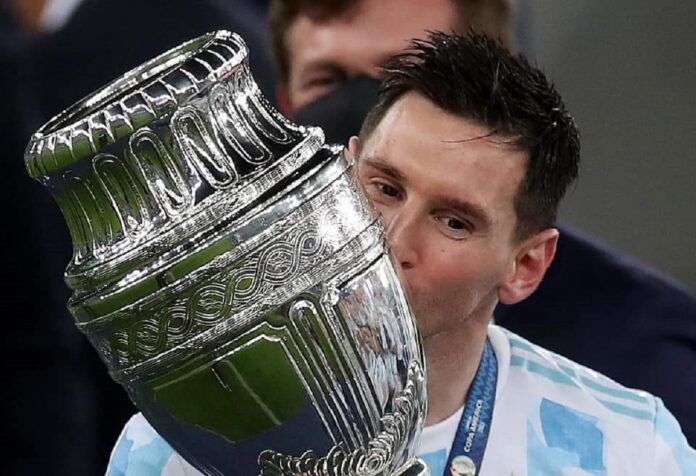 At long last, the curse is broken. Three Finals, Three defeats, a curse that has lingered and tormented the Argentines particularly Lionel Messi.

But the thought of another defeat in another final was always going to be asked of this much changed Argentina squad led by novice Scaloni. With Messi have reneged on his international retirement to represent again, more youthful Argentines given the nod to Kick start another Era, it a wait that has proved productive and Argentina are deserving title of Champions of South America.

At the Estadio De Maracana, the Biggest Home of Football Spectators, Fans though in limited numbers due to Covid-19, coloured the arena in the famous jerseys of Brazil and Argentina. After a minute of Silence, in honour of the fallen heroes, the game got underway.

It was the only Goal of the game, a cagey affair that saw both sides receive 9 yellow cards in total, Brazil(4) Argentina (5).

Breaking: D’Tigers lose to France, crash out of Tokyo Olympics