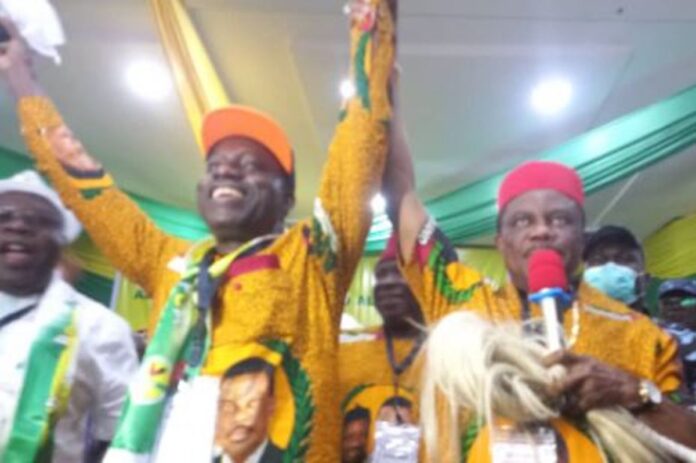 In the present day Anambra, Professor Charles Chukwuma Soludo is among the reasons Anambra is considered the leader in the south east geopolitical region. He hails from a long list of giants which dates to the greats like Nnamdi Azikiwe, Chukwuemeka Odimegwu Ojukwu, and others.

His accomplishments stand out clearly on it own away from the norm. He is considered by many as an enigma while others consider him as a genius in the area of developmental economics. Many are amazed by his handling of the affairs of the Central Bank of Nigeria when he served as the top boss of the apex bank. It is without doubt he placed the banking and financial system of Nigeria on the strong foundation it presently sits. It is no longer news.

But what many are not aware of is the Igbo-centric nature of the man.

How much he is grounded as a “village man” whose intellectual prowess threw him from the village out to the national and international scene. Little is know of how much of an Igbo product Soludo is.

“Charly Nwamgbafor” as he is popularly referred to by those who know him from his roots – reveals who the Professor really is from the inside. He is as core as they come. He schooled in the sleepy villages of the old Aguata communities where pupils typically trek miles to get to school. His father was not well to do financially. The father was a driver who drove road construction caterpillar. But Charly Nwamgbafor excelled in school – to the extent the father did not have to pay for his education. Charly Nwamgbafor rode on scholarships. He won academic based scholarships – and rode on it till he completed his academic education. He attained his professorship in record time at the University of Nigeria Nsukka.

He was a village boy with special intellect.

So the choice of Soludo by APGA is good for Ndigbo, and will yield new blessings for Anambra State and for the entire south east region.

The people of Anambra – including the rural communities are happy. Happy for what is to come.