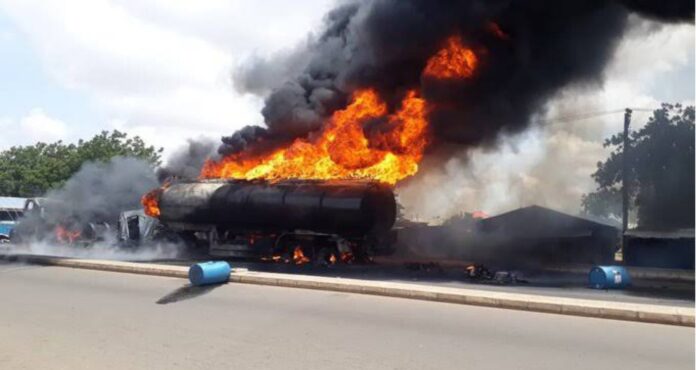 The Federal Road Safety Corps wishes to caution the motoring public and other road users to steer clear of Romona Trailer Park Ogere, along Lagos Ibadan expressway, as an articulated vehicle conveying petroleum product has been gutted by fire.

The Corps Public Education Officer, Bisi Kazeem warned that the first report received from the Corps’ Command along the expressway, affirmed that the fire is serious and as such the number of vehicles involved cannot be ascertained yet.

According to him, “the Ogun State fire Service was contacted and FRSC Operatives are on ground managing the traffic situation. The Fire fighters have arrived the scene. We shall continually keep you posted as the situation progresses”.

He concluded that in the meantime, alternative routes are being contemplated which, in no time, will be communicated to all road users plying that route.