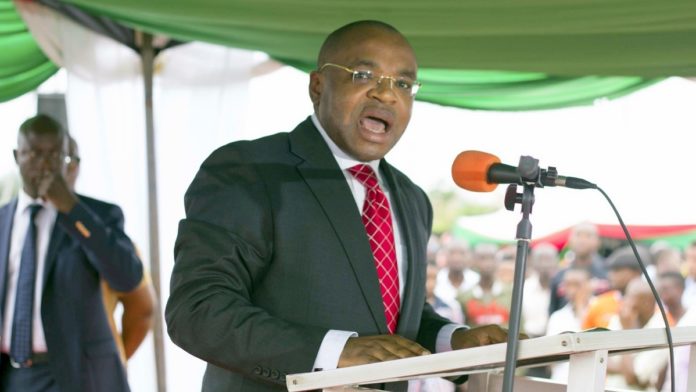 The Udom-led administration has clearly broken the jinx of urban reconstruction in Akwa Ibom and in this case, in Oron where he has reconstructed the road networks in terms of size, shape and quality. Oron now wears a new look with assurances of better days ahead.

At the commissioning ceremony of one of the roads today, the people poured out in their numbers in appreciation of a man they described as non-sectionalist, focused and palpably committed to fulfilling his vision for the state and achieving all he promised in his various social contracts with the people.

The Governor took the opportunity of the commissioning and the huge crowd to state that he and all other stakeholders are well aware of the scheme and those behind the spewing and spinning of the contrived rumors about his leaving the PDP. While saying, it is the wish of some sinister-oriented people as well as an impossible dream, he averred that the fallacy is part of the orchestration of those who hope to return to the PDP through the back door and who desire to save face by leveraging on the trumped-up excuse that he was leaving the PDP to cowardly walk back into reckoning.

He added that while the PDP is available and willing to accept returnees and more members, the days of trickery, playing god and lone wolves are gone. To this end, he admonished that rumours won’t help anyone upset the balance the Party currently enjoys. He concluded that the truth is now sacrosanct and religiously in force in the Akwa Ibom PDP of today.