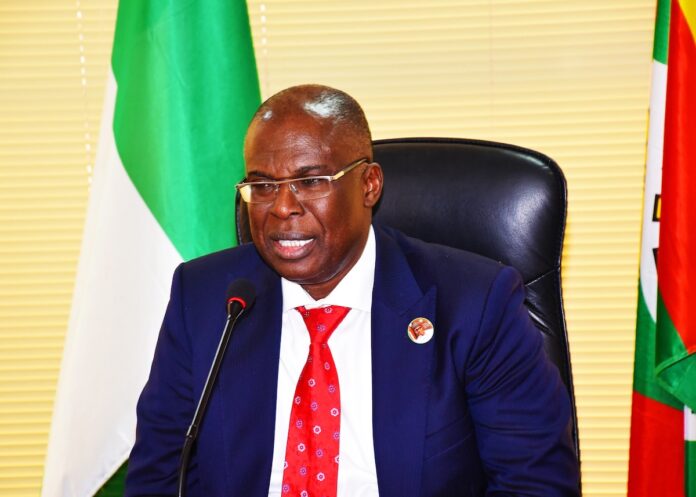 The Federal Government has allocated $20 million dollars to support active participation of women in Oil and Gas Sector.

Minister of State Petroleum Resources, Chief Timipire Sylva made the submission, in Abuja while playing host to executive members of Women in Energy Oil and Gas (WEOG).

Sylva noted that the President Mohammadu Buhari  administration’s keen interest in closing gender gap and promoting active involvement of women in energy sector, led to the provision of $20 million through Nigeria Content Development Board (NCDB)to encourage women in oil and gas sector.

The minister who reflected that Nigerians essentially were spectators in the early years of oil exploration however expressed delight that Nigerians local content participation  in the last 10 years had  moved from 3 percent to 33 percent.

He expressed the hope that Nigeria local content involvement would reach 70 percent in the next seven years.

While admitting that women are capable and have alot to bring to the table especially in the adoption and promotion of house hold use of gas and other areas in the energy value chain, Sylva assured that his door remained opened and urged the group to work with his team to find common ground in advancing the interests of the sector.

“it is  important in our enlightened self interest as men, as government or ministry that women are brought in the core of what we are doing“ he submitted

Earlier in her submission, the leader of the delegation Dr Oladunni Owo explained that the mission of the group was to close gender gap in the industry, close energy poverty gap and close the gap of transformational impact of oil and gas sector on the populace.

Oladunni who commended the minister for appointing women in his team and the sustainable approach to policy implemetation in oil and gas sector sought the support of the minister to include the group in the activities of the Ministry especially in the Gas Expansion Programme.

Highlights of the event was the presentation of award of excellence to Sylva for his leadership role  in closing gender and poverty gap in the energy sector.