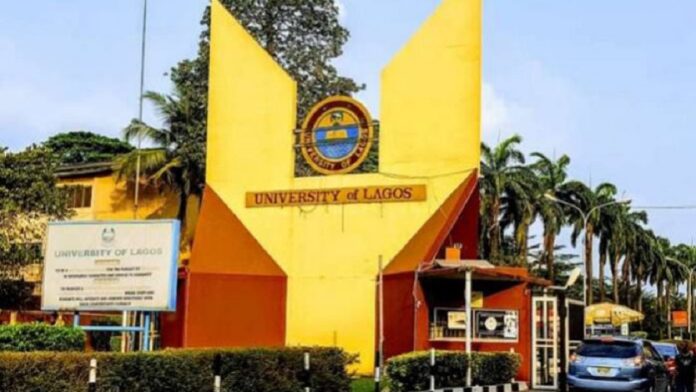 If there is any occurrence in recent time that accurately supports the correctness of the time honored belief that ‘every adversity comes with an equal opportunity’, it is the recent crisis that hit the University of Lagos occasioned by inability of some candidates that wrote from their various locations, as  introduced by the University of Lagos management, during the just concluded University’s Unified Tertiary Matriculation Examination (UTME), conducted in the school from Monday 15th to Tuesday 23rd February, 2021.

To help those that are unaware of what transpired in the past week. A while ago, the University of Lagos (Unilag) management came up with a cloud-based computer testing solution for the conduct of the 2020/2021 post UTME. An initiative globally perceived as versatile, easy to use tool for conducting online computer-based examinations and assessments that allow candidates write the test from any location of their choice. This elicited happiness, and viewed by many as not just innovative leadership but a total departure from the old other.

Trouble, however, started when mid-way into the exercise, appreciable number of candidates’ encountered varying level/degree of challenges. Problem areas identified includes but not limited to; inability of candidates to log into the school portals, Systems non responsiveness, endless loading throughout the entire examination time, etc.

Expectedly, they (candidates) were particularly concerned about how such hitches will negatively affect their 2020/2021 admission opportunities to the school. This brought about heated debates among stakeholders, tempers and innumerable complaints from parents flowed freely.

Within this milieu, the university management to the astonishment of candidates and their parents, during a press briefing  announced to the watching world that the school successfully captured about 90% of the candidates and went ahead to give itself a pass mark.

Both parents and candidate wondered where and how the school got the statistics, figure and courage!

But then, the most amazing thing that signaled a new order happened after that announcement. The school management did something that is not only extraordinary,different and historic but characterized as alien to public institutions in Nigeria. From the ashes of confusion and denials, the school quietly rescheduled and organized examinations for the teaming candidates that experienced the reported hitches.

It was indeed a turning point!

Save for the belief in some quarters that what the school management overtly denied, they covertly admitted, there is in the opinion of this piece, torrent of reasons to celebrate the Professor Oluwatoyin Ogundipe’s led administration for this new order. By this act, University of Lagos has proved to be both responsible and responsive. And demonstrated an institution that is neither willing nor ready to allow any issue embarrass nor ridicule the enviable academic excellence attained in the past decades of its existence.

In reputation terms, there are more reasons to applaud the institution but one that easily comes to mind is that globally, a public institution is viewed as an establishment conducted with the approval, and from the funds of the public. And whenever such an institution ceases to have public support; it forfeits its right to exist.

But until now, what existed in this part of the world was a direct opposite.

Institutions maintained on permanent public funds in Nigeria, are reputed for, and often found to ignore public opinions, and are frequently responsible for acts contrary to it. They mastered how to ignore criticisms and advice from experts even the ones that are beneficial and Centre’s on how a society should develop.Even when they claim to listen, they do so without being attentive.

Now, let’s examine the end result of Unilag’s prompt response to the public’s outcry on her image.

It has been reasonably argued that a leader/organization’s image is an amalgam of a variety of factors, and followers must at intervals evaluate these perceived factors in order to dictate if they are in positive or negative lights. Particularly, as image is capable of saying much more about a leader than any of his long speeches and verbal declarations. Also very unique is that once established, image becomes not just the leader’s picture but remains highly durable.

Indeed, by his empathetic behavior in managing the Post UTME crisis, Professor Oluwatoyin Ogundipe has developed spectacular identity for himself that is worthy of emulation. In the same vein, the institution’s responsible and responsive attitude, similar to complex but conventional business environments, has created a connection or ‘hyper ‘relationship between the school and students; Portrayed itself as a good corporate citizen while increasing its corporate visibility and reputation in the estimation of the right thinking students/parents.

The media also need to be applauded in this whole scenario for reporting the development to the world.

As the fourth estate of the realm, they have again affirmed that they are ‘to watch and not to be watched over. They are to watch over crimes, injustices, malpractices, and every other act that is deemed unfair and unlawful.  They have proved to the world that professionally, they are competent to carry out their duties…. They are not the kinds of dogs with ropes tied roundabout their necks. The fact that they are watchdogs means they know what to do, where they are going, and how to discharge their duties as when due’.

However, even as we celebrate this feat, there are in the opinion of this peace, more work to be done and more reforms to be made. To truly and thoroughly make the experience of the past weeks a dynamic and cohesive way of earning a higher height of excellence, there are however ingrained lessons to be learned from the exercise that we must not allow go with the political winds.

Most fundamental is that it takes a prolonged effort to administer an institution well and change the backward habits of the people. Unilag and of course other institutions of higher learning in Nigeria must learn how to Inculcate  and reinforce positive internet related exposures, social  and cultural attitudes among their students while  creating  mood in which students become keen to acquire skills and disciplines of developed nations.

Above all, as noted in the previous intervention, another urgent reason why the school authority and of course the Federal Ministry of education must reassess this process is the threat that keeping brilliant children on the waiting list for university admission for too long could pose to the nation.  As idleness could make them take to the street. As we know, the streets are known for breeding all sorts of criminals and other social misfits who constitute the real threat such as armed robbers, thugs, drug abusers, drunkards, prostitutes and all other social ills that give a bad name to the society.

Utomi is the Programme Coordinator (Media and Policy), Social and Economic Justice Advocacy (SEJA), Lagos. He could be reached via;jeromeutomi@yahoo.com/08032725