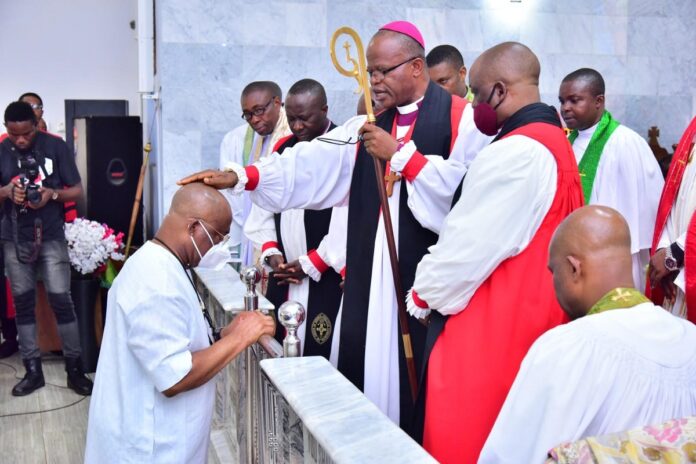 The Governor of Imo State, Senator Hope Uzodimma has appealed to medical doctors in the employ of the State Government to join hands with him to ensure that hospitals are functional and serve the medical needs of the people.

The governor said that his government is working to produce a blue print that will point the way to seeing government hospitals work optimally, regretting that currently, not even one General Hospital in Imo State is working properly.

Governor Uzodimma made the appeal at the weekend when he heard audience with members of Nigeria Medical Association (NMA) who were on a courtesy call to his office at government House Owerri.

The Governor said that “the situation of General Hospitals, Special Hospital and even Healthcare Centres in the state leaves much to be desired and requires all hands to be deck to put the hospitals back on track for Imo people to get healthcare from them.”

Governor Uzodimma who reiterated that of all his agenda, Healthcare delivery is on the priority list, expressed serious concern over issues at the Imo State University Teaching Hospital (IMSUTH), particularly the level of dilapidation he saw while on an inspection visit to the establishment.

The Governor said the school lost accreditation because of negligence, lack of dedication and seriousness on both the management and staff of the college and informed that he was prepared to change the narrative if the doctors are on the same page with him on his vision for the school.

He said a situation where students spend upwards of 11 years on the campus studying a particular course without sure of graduating is unfortunate and unacceptable.

On delayed payment of salaries of some senior staff of the Medical School, the Governor explained that in the process of automating the salary payroll of the state civil service, lot of discrepancies, including processes of engagement of doctors were discovered. He noted that all efforts to get those concerned to come forward rectify the anomaly proved abortive.

He however promised to clear all arrears of salaries owed the staff of the College as soon as the records are put straight, including making the hospitals and medical services to start working again.

To achieve this, the Governor directed the Commissioner for Health to liaise with the management of the Medical School for the purposes of resolving all the contentious issues.

Earlier in their presentation, the NMA, Imo State branch, led by its Vice-Chairman, Dr. Victor Ike Okechukwu, said they came to interact with the Governor on some problems bedeviling the health sector in Imo State which have lingered for a long time.

He cited the loss of Accreditation by the IMSUTH, delay in payment of salaries of the institution’s teachers, implementation of the 2014 Consolidated Medical Salary Structure (COMESS) for medical Workers in Imo State as part of the issues.

They pledged to partner with government to bring the State Health sector in Imo back on track, but pleaded with the Governor to look at the issues they raised passionately and come to their aid.