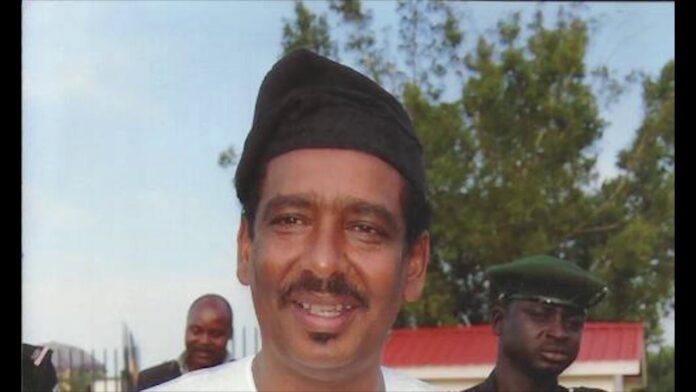 I wish I could write a long dirge to immortalise Ali Kwara. I still can’t comprehend why tall, straight Iroko trees don’t enjoy long life in the forest. More often, ant takes down the giant elephant. This is miracles. Ali Kwara has dared many devils, drank water with lion skulls and pulled down the monsters tormenting our lives.

The Bauchi State indigene from Azare, Katagum Local Government is specialised in fighting criminals voluntarily. Lonely, he arrested kidnappers and presented them to the agents of the law. Apart from being a career hunter who fought the most dangerous animals back-to-back, he was friendly, approachable and responsive.

This protagonist played unforgettable roles that made his antagonists submitted to him to further become his disciples. Notorious criminals of the recent time salute and comprehensibly failed to get the tactics of the giant Kwara. He was a chameleon. He could be described as a combatant without official uniform. He was a complete ‘anti-robbery squad’.

About three decades ago, almost everyone in Bauchi, Nigeria and of course some other countries knows about this warrior who sacrificed his own life to see that other people have a free crime society to live in. He dedicated his life to the defense of our peaceful coexistence.

His humanitarian services were second to none, because of his outstanding and courageous efforts, he shown to apprehend notorious and most wanted criminals on watch list, without considering the hardship he may encounter to even lost his life.

To note his outreach, there was a time when Zazika-Nasaru-Damau communities in Ningi LGA of Bauchi state, were living in a devastated situation because of armed robbers’ den around the area. I recalled I was there when the Late. Kwara came to the area and rescued the communities and crushed their den.

Ali kwara and his team, who he sponsored, mentored and made them full capable persons, their usual sacrifices would always be remembered. One of my teachers used to tell us about him, I can recall vividly he used to say it in Hausa that “Ali Kwara can turned into anything he wishes, he can be me, you, this bench, water, fire even animals but the purpose was to confuse criminals.”

He never sleep at night untill the people slept off, on different occasions he was seen in the middle of the night roaming around and patrolling.

The future is only known to God but there are some people who can predict and it will be true. Ali kwara is one of them. As he used to say always that criminals will kill me one day, but he died of sickness. I know he will die, not in the hands of bad eggs. Also, for all these years of hunting and fighting with criminals. Ali kwara never had an injury nor a serious one. Only once, as I heard he was been shot when he fought an animal in the bush, and his team member was trying to shoot at the animal, he missed it and shot Ali Kwara.He went abroad for proper treatment.

He left a wife and 4 children. Before he died he received many awards and commendations because of his humanitarian works within and outside Bauchi state. He was laid according to Islamic rite in his hometown Azare where thousands of people and dignitaries attended including the Bauchi State Governor Senator Bala Abdulkadir Mohammad and his entourage.May Allah forgive his shortcomings, forgive him and grant him Jannatul firdaus. May Allah give his family, friends and the entire people the fortitude to bear the lost. May he give us another Ali Kwara who will continue to safe guard and protect us from those criminals.

Indeed its a great lost and a very sad memory to the nation.