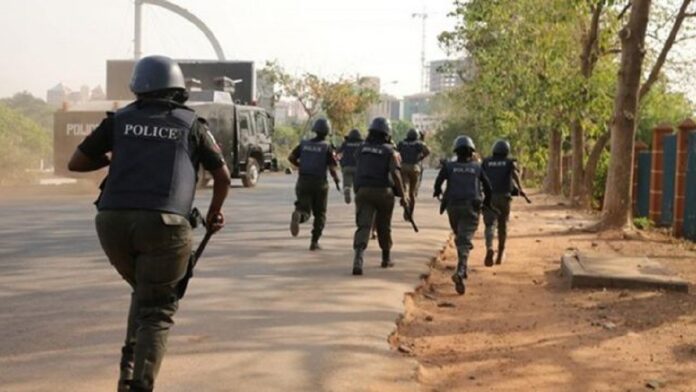 The four policemen who allegedly killed a final year Law student of the Nnamdi Azikiwe University, Awka, Master Augustine Ugwu, have escaped from the police custody, investigation has revealed.

Augustine, a 500 level student of Nnamdi Azikiwe University was said to have been arrested by local anti-cult outfit setup by late Chairman of Nsukka local government, Patrick Omeje, in a beer parlour on April 23, 2020.

They were reported to have  handed him over to the Officer-in-charge of the Enugu Police Anti-Cult unit in Nsukka, DSP Nnamdi Ochin. But few hours later, he got missing at the police custody.

Following the development, his father, Andy Ugwu, a retired police officer petitioned the Inspector General of Police Mohammed Adamu, who immediately, constituted a six-man panel of investigators led by Assistant Commissioner of Police, ACP Gabriel Elaigbwu to unravel those behind the missing of Ugwu at custody.

The crack team of investigators, who were all from the Force Headquarters Abuja, came to Enugu in June for the investigation.

It was gathered that the panel at the course of their investigation, found that Augustine had been killed and buried in a shallow grave by five policemen.

It was gathered that Ochin had during the investigation confessed to killing Augustine Ugwu.

However, when the panel who where in Enugu for two weeks, wanted to carry the suspects to Abuja, to ensure that they did  not escape justice, Second-in-Command, Enugu State Police Criminal Investigation Department, Assistant Commissioner of Police, Fidelis Ogarabe, dissuaded the panel that instead the suspects should remain at their custody, pending their conclusion of their investigation, since an autopsy has not been conducted.

Subsequently, they were all removed from their Divisions, three Sergeants were immediately detained at the State CID Enugu, while DSP Ochin and ASP Adu were directed to be reporting at SCID everyday.

Police sources told our correspondent on Tuesday, that immediately, the panel of investigators left, the police suspects were released and redeployed to other police Divisions.

One of the sources said, “initially when the panel came in June, ACP Ogarabe, prevented them from taking the suspects to Abuja on excuse to let them be detained at state CID. As soon as the detectives left for Abuja those police culprits were all transferred to different divisions.

“So now that Abuja came last week to continue with the investigation possibly to carry them to Abuja, he facilitated their escape from where they were even serving. As I am talking to you none of the policemen accused of the killing appeared before the panel until they left back to Abuja on Saturday.”

Father of Augustine, Mr Ugwu, confirmed the development to our correspondent on telephone on Tuesday.

Ugwu told our correspondent that he will write to the Police Service Commission PSC, to report the misconduct of ACP Ogarabe, stressing that “those policemen are working directly under him.”

“SARS and Anti-Cult are all working under him. ACP Ogarabe is the de facto CP in Enugu. There are many things that the commissioner doesn’t know he knows,” he alleged.

Ugwu, who lamented that the ACP Ogarabe was doing everything humanly possible to frustrate the case, however, noted that God’s will will certainly prevail on the case.

On why the panel haven’t conducted an autopsy seven months after their investigation, Ugwu who expressed frustration said “that is the power behind the whole show.

“My only little happiness is that I have seen and know where my son’s body is kept, and if they don’t do the autopsy I don’t know. The IPO had sometime last week told me that the panel had submitted their report to the police management team.”

When contacted on telephone, ACP Ogarabe, described the allegation as baseless and an attempt to smear his name.

He said, “as I speak to you my father is dead and I am burying him. This case is not within the state Command, Force Headquarters is handling the case. So, which one is my own,” he queried.

Efforts to get the response of the state police command on the development were unsuccessful as neither the Commissioner, Ahmad Abdurrahman, nor the State Police Public Relations Officer, Daniel Ndukwe answered their calls as the phone rang out.

They also did not respond to text messages at the time of filing this report last night.

247ureports - January 24, 2021 0
In this interview with a popular broadcaster, Kola Olootu, Chief Sunday Adeyemo, popularly known as Sunday Igboho, speaks on why he gave a quit...