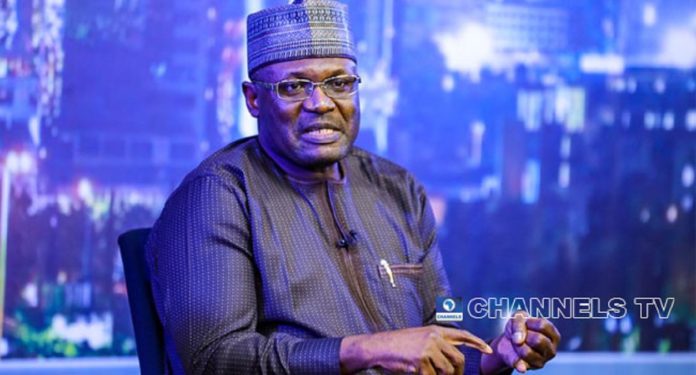 Conference of Nigeria Political Parties (CNPP) has urged the reappointed Chairman of the Independent National Electoral Commission (INEC), Prof. Mahmoud Yakubu to ensure that the rare opportunity provided by his second tenure did not end in disappointment after 2023 general elections.

The CNPP in a statement signed by its Secretary General, Chief Willy Ezugwu also advised Prof. Yakubu to use his “second term to re-enact better Edo and Ondo states electoral templates that has given hope to the masses that votes can count again.

“As we are aware, every politician contesting in an election is given the benefit of the doubt that he or she wants to win. But the truth is that only one of the contestants can win per time.

“That is democracy, which is the rule by the majority. But it is not out of place for the contenders to discredit an electoral process that did not favour their interests.

“However, the electorates, whose duty it is to choose their leaders, will always know who won or lost in the process.

“Therefore, electoral manipulations denies the people the opportunity to choose who they can trust with their future.

“The #EndSARS protests and its aftermath should be a wake up call for independent bodies or institutions like INEC and the judiciary to know that in Nigeria it’s no more business as usual as the Nigerian youths have awaken.

“It has become more obvious by the day that the Nigerian masses are becoming more and more impatient and all manner of injustice, including electoral manipulation ahead of 2023 elections could endanger the already fragile peace in the country.

“While the CNPP congratulates you for this rare opportunity, we note that it’s equally a golden opportunity to write your name in gold at the end of your tenure.

“We call on the National Assembly to ensure that clear provisions for electronic voting and virtual transmission of results are not omitted in the current constitution amendment by the 9th Assembly to minimise human interference in electoral outcomes.

“With the use of technology, including SMS voting, Nigeria can reduce the cost of elections by more than 70 percent and have more acceptable electoral outcomes for the benefit of the country.

“For instance, with telephone numbers linked to the voter’s card, a voter can cast his or her vote from his house, without visiting a polling booth”, the CNPP observed.