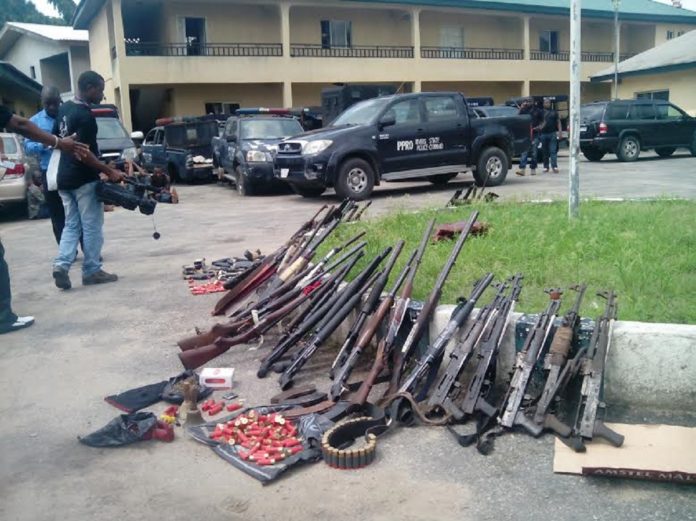 The Anambra state Police command has ordered the immediate surrender of all illegal and unlicensed firearms in the state, to the police.

In a message by the Police Punlic Relations Officer(PPRO), SP Haruna Muhammed, on behalf of the Police Commissioner, CP John Bassey Abang, warns all persons and groups to voluntarily submit all prohibited firearms in their possession or risk arrest.

According to the statement, “…in line with the directive of the Inspector-General of Police, *IGP Mohammed Abubakar Adamu NPM, mni* on total clampdown,disarmament and prosecution of persons or group bearing prohibited firearms Nationwide, the Commissioner of Police, *CP John B.Abang,fdc* has ordered the strict enforcement of the IGP’S directive in Anambra State.

“Consequently, the CP equally warned individuals or groups in  possession of prohibited firearms to with immediate effect, submit same to the nearest Police Station or face arrest and prosecution.

“For the avoidance of doubts,part II(3) of the schedule of Firearms Act L.N32 of 1959 provides inter alia that”No person shall have in his possession or under his control any firearm of one of the categories specified in part I of the schedule to this Act (referred to as prohibited firearm) except in accordance with a licence granted by the President acting in his discretion” thus acquiring such firearms by any group or Community without requisite legal approval of the President remains an illegal act and a major threat to National Security for which the groups or individuals concerned could be criminally liable.

“In view of the above, the Command will henceforth arrest,disarm and prosecute anyone found with unlawful possession of prohibited firearms in the State.”