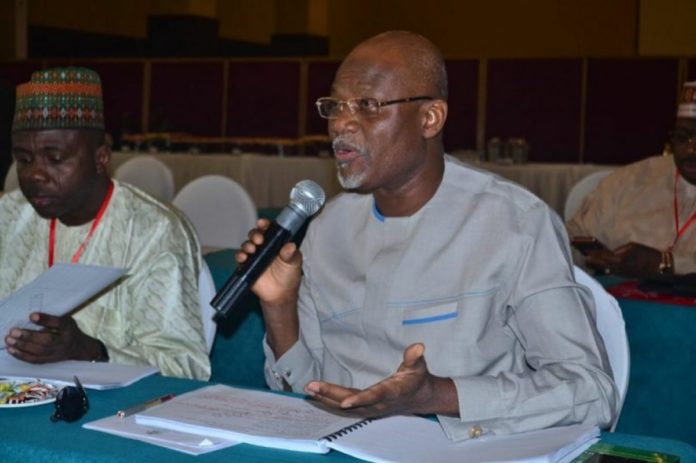 The Peoples Democratic Party (PDP) Kaduna State chapter, on Monday, lifted the suspension on Sen. Suleiman Hunkuyi and six other top members of the party.

The announcement was  contained  in a statement issued in Kaduna by Felix Hyat, the party’s Caretaker Committee Chairman.

“Alh. Imam Lawal and Col. Dauda Albehu Torah (rtd.) are advised to go and regularise their membership of the party in their respective wards.

“And Dr. John Danfulani,  Ubale Salmanduna who were expelled can register freshly in their respective wards.

“The party calls on those concerned to embrace this goodwill offered and join hands for the unity, progress and growth of the party in our state and the country in general,” Hyat said.

According to him, the State High Court, Kaduna,  had discharged an Order it had issued in favour of R-APC, restraining the PDP at National, State and Local Government levels from continuing with its remaining Congresses in the State.

He said the order had also restrained the officials of the party in the state from performing any party function.

“On the 27/07/2020, the National Working Committee (NWC) of the PDP met with some key members of the party from the state where it was resolved among other things that:

“All court cases instituted against the party be withdrawn within 48 hours, following which disciplinary measures imposed against those concerned will be lifted.

“As of today, no single court case has been withdrawn.

“However, arising from the discharge of the restraining order today by the state High Court, Kaduna, the leadership of the party has resolved to lift the suspension.

“We urge the affected members to embrace peace and unite for the growth of the party,” Hyat said.

The PDP on May 17, suspended Sen Hunkuyi and six other members of the party for alleged  anti-party activities.

The News Agency of Nigeria (NAN) recalls that Sen Hunkuyi and Sen Shehu Sani had left the All Progressives Congress (APC) following unresolved differences with Gov. Nasiru El-Rufai in the build-up to the 2019 general elections.

Hunkuyi joined the PDP and contested the governorship primaries and lost the party’s ticket to a former House of Representatives member, Isah Ashiru.

Sen. Shehu Sani who joined the Peoples Redemption Party (PRP) contested for senate seat under the party, but lost to Uba Sani of the APC.