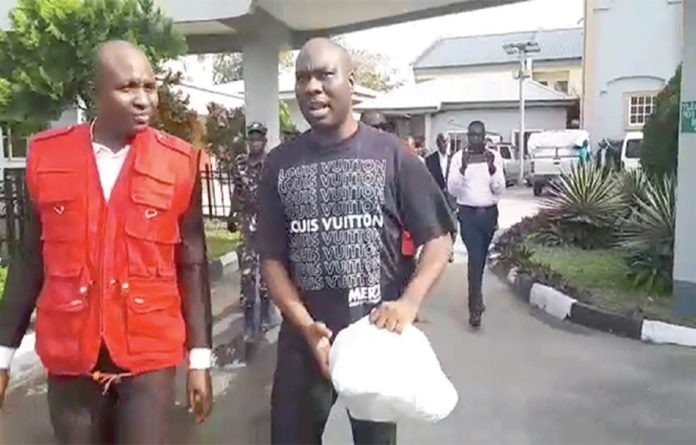 The trial of Ismaila Mustapha aka Mompha continued today, March 18, 2020 before Justice A. Mohammed Liman of a Federal High Court sitting in Ikoyi, Lagos, as a prosecution witness told the court that Mompha did not remit tax to the Federal Government for a period of seven months while his company was already in existence.

Mompha is standing trial alongside his company, Ismalob Global  Investments Limited on an amended 22-count charge bordering on cyber fraud and money laundering to the tune of N33 billion (Thirty-three Billion Naira) brought against him by the EFCC.

The defendant who is fingered as a major figure in an organised transnational cyber fraud network, allegedly used his company, Ismalob Investment Limited to launder the funds, part of which he used in acquiring properties in Dubai.

At the resumed sitting today, the prosecution called four witnesses, three of which are Bureau De Change Operators, BDC and an investigator with the EFCC.

Led in evidence by Rotimi Oyedepo, prosecution counsel, Kaina Garba, an investigator with the EFCC narrated to the court how Mompha ran an unlicensed BDC, and lied about the date operations commenced in his company leading to his evasion of tax for a period of seven months.

Kaina narrated to the court that sometime in 2019, the EFCC received intelligence on Mompha’s activities, alleged to be a member of an organised cyber crime syndicate. The intelligence was analysed and found to be credible.

“Investigation commenced and the defendant was arrested at the Nnamdi Azikiwe International Airport, Abuja on his way from Dubai, where he stays.

“A bank verification was ran on his Fidelity Bank account and it was revealed that he is associated with some accounts one of which is Ismalob Global Ventures Limited.

“Letter of enquiry was sent to the Corporate Affairs Commission, CAC and it revealed that he is a Director at the company and the sole signatory to the account.

“Letter of enquiry was sent to the Special Control Unit against Money Laundering, SCUML, and the Central Bank of Nigeria, CBN, to ascertain if the company was registered and licensed to carry out BDC activities and the responses showed that Ismalob was not a licensed BDC neither was it registered with SCUML”, he said.

Kaina also revealed to the court that a letter was written to the Federal Inland Revenue Service, FIRS and the response showed that there was a suppression of seven months on the date when transactions commenced at Ismalob and for those months, there were no payment of taxes by the company.

He further said that the analysis of the Statement of Account on the Fidelity Bank account of Ismalob, revealed a total turnover of over Eighteen Billion Naira between December 2015 and September 2019.

Other witnesses, Ojei Osemeke, Onwuzulike Ikechukwu Kingsley and Ogbu Chibueze Bernard, all BDC operators, narrated to the court how the Mompha, through one of his directors, Ahmadu Mohammed would pay monies into their accounts at different times totalling over Three Billion Naira (N3bn) and send representatives to receive the Euros equivalent in cash.