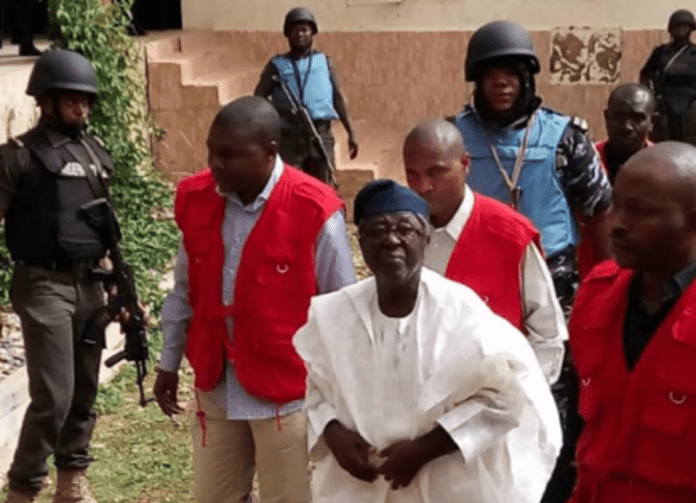 Justice Christy Dabup of a Plateau State High Court, sitting in Jos has granted a former governor of Plateau State, Jonah Jang leave to travel to Dubai to attend to his ailing eyesight.

E.G. Phajok, SAN, Jang’s counsel, had applied to the court, seeking for the release of his client’s international passport, which was submitted to the court in 2014 as part of the bail granted him by retired Justice Daniel Longji.

“My lord he went to watch football and he couldn’t see the light, because his eyes could not allow him to do so, and my lord this request is made because Jos Medical centre referred him to that hospital,” he said.

Counsel for the EFCC, Gideon Azi, who held the brief of the lead prosecution counsel, Rotimi Jacob, SAN, raised no objections, noting that “trial would not go on if defendant is ill”.