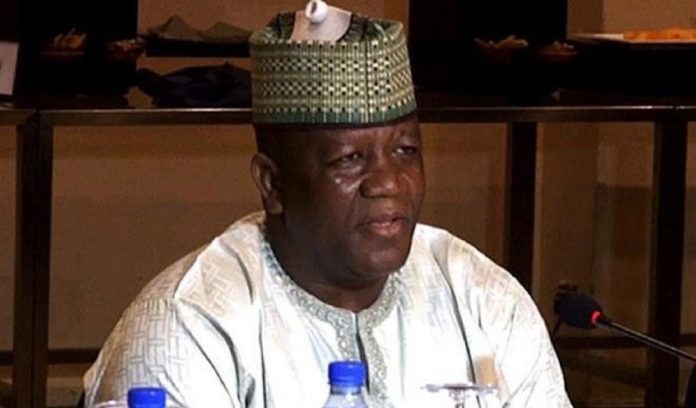 It’s no longer news that the Supreme Court has fixed Tuesday, February18, 2020, for the review of its judgement over the lingering case of the All Progressives Congress (APC) botched primary election in Zamfara state. I woke up today with nosiness on what really former Zamfara state governor Abdulazeez Yari want and what will be his fate in the hands of the judges of the apex court whom he oft openly vilify and denigrate, snubbing the consequences of his tout-like attitude, unbecoming of a former chief executive of a state.

Though, I’m not an indigene of Zamfara state but the ceaseless security challenges and political huggermuggers that bedeviled the state under Yari’s regime aroused my interest in the state that clearly lacked leadership at a point but for the recent change of events that brought the leadership of Governor Bello Matawalle of the Peoples Democratic Party (PDP). Yari ruled Zamfara in a manner similar to the epoch of invasion and occupation of territories by fascists unlike democracy where leadership emerges by the will of the majority by with defined principles and ethos. Zamfara state was always in the news during the Yari administration for his indifference to tackle bandits and kidnappers and most worrisome the financial recklessness of the administration.

Towards the 2019 general elections, the state occupied pages of newspapers and became the topic of discussion in both the television and radio stations in the country when Yari, who at a certain time opted to relinquish his status of being the chief security of the state having failed in his primary duty to protect the lives and property of the people, wielded his power and manipulated the APC’s primaries in favour of his anointed candidates.

Consequently, the people of Zamfara state were anxiously waiting for the 2019 elections to simply vote leaders who will protect them and their children from the heightening insecurity which prevailed under Yari’s watch. But when people like Senator Kabiru Garba Marafa, who was then the senator representing Zamfara Central in the eighth Senate, expressed interest to contest the governorship election on the flagship of APC, Yari in his simplest nature tried all ways possible to shut them out of the primaries by holding a charade in the guise of primaries without recourse to the laid down procedures by his party and the Independent National Electoral Commission (INEC).

To recap what transpired in the state that led to today’s legal battle, let me state that Senator Marafa, who stood out and identified with the people of the entire state at the time of their travail, was the choice of people. But Yari was threatened by Marafa’s soaring political support for a reason best known to him. In spite of the power of incumbency, financial war chest, and the government structure at his disposal, when the duo held political rallies in the state before the 2019 election, it was crystal clear that the entire people of the state were supporting Marafa as his rally overwhelmed that of the serving governor in the state. What else does anyone need to know where the people of Zamfara state belong? The two different rallies were broadcast live by national television stations and can always be retrieved and viewed side by side to distinguish between Yari’s feeble political climate and Marafa’s rising popularity in Zamfara state.

What many don’t know about Zamfara is that, it was Yari who went to court in Zamfara state with his self-generated result instead of his party and later to INEC for affirmation. This was after he had conducted his sham primary election and denied other contenders an enabling environment to participate including his most intimidating politician, Sen. Marafa. It was like a case of a dog taking self to slaughter house for Yari to take his illegality to a legal jurisdiction.

Unfortunately, Yari deployed state power to get judgement in his favour, which was later overturned by the two separate courts and subsequently, the apex court issued a verdict against Yari and his political allies and godsons. His inordinate quest for power at all cost and political recklessness caused the APC to lose the state to PDP.

But, instead of realising his mistakes and where he shot himself in the foot and be humble, it baffles me watching a video clip where the same Yari was holding a political meeting at his Talatan Mafara residence, referring to the judgement by the revered Supreme Court; he insulted his party national chairman, Mr. Adams Oshiomhole, for rejecting the result of the charade primary election conducted by Yari without the supervision and endorsement of APC national secretariat and INEC. He said, referring to the present governor of the state, “You are beating chest that you are a governor, who is a governor? What power does a governor possess? But I am not surprised of what he is doing because he got to government house illegally, it’s not the people of Zamfara that voted for him, he was imposed on them by the court that is why he is behaving this way. He is claiming that he wants peace, how? This is a lie and deceit.”

It’s the same apex court whose judgement Yari has called an illegality that he now wants to review its judgement, probably in his favour. It’s high time the court showed its supremacy to Yari and his co-travellers. It was the same desperate Yari who reported the Supreme Court to the US embassy in Abuja in protest over its judgment and now wants the same court to reverse its judgement. You can’t come back to the same institution you’ve publicly maligned and accused of imposition and illegality to seek legality.