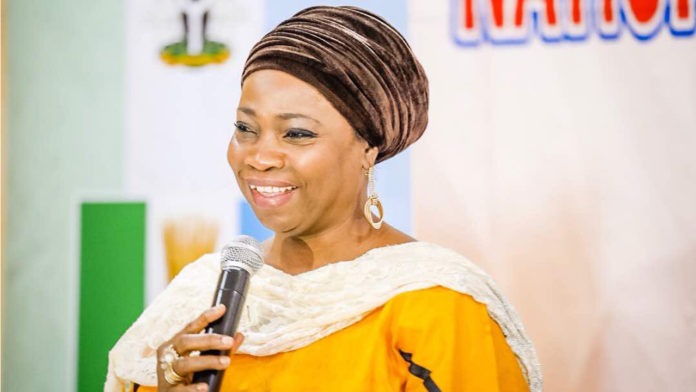 The Chairman, Nigerians in Diaspora Commission (NIDCOM), Mrs Abike Dabiri-Erewa, has joined other Pan-Africanists in New York to remind the Africa diaspora of their root.

The event was the Pan-African Unity Dialogue (PAUD) hosted by the Institute of the Black World 21st Century based in the United States.

The forum was in commemoration of the 55th anniversary of the death of prominent black civil rights campaigner, El-Hajj El-Shabazz, popularly known as Malcom X.

PAUD focuses on promoting unity, cooperation and action between Africans at home and in the diaspora.

Dabiri-Erewa, who was the special guest of honor, emphasised the need for unity and cooperation between Africans abroad and those back home to develop the continent.

“It is important that we walk together. If the Chinese, Indians, Asians are investing in Africa, why aren’t we in America?

“We have a powerful group in this hall this afternoon. At the end of this session we need to work together to develop the continent; that is your region, that is your home.

“That connection must be developed, it must be strengthened within the continent of Africa and between our brothers and sisters in the diaspora,” she said.

Malcolm X, who was assassinated in New York on Feb. 21, 1965, is remembered for his radical beliefs in black self-determination and empowerment.

Among others, he strongly believed that black people were not only superior to the whites but were the original people of the world.

Speaking in that vein, Sadipe dismissed the notion of white supremacy, arguing that Africa is already recording firsts in science and technology before the incursion of the colonialists.

The lawmaker urged Nigerians and other Africans in the diaspora to return home and invest in the continent for its growth and development.

She also emphasised the need for them to educate their children about Africa to preserve their heritage.

On his part, Okoyen described Africa as the next business and investment destination of the world.

“As the Consul General in New York, the signs I get in my engagements and interactions with people here are showing that everyone is going back to Africa.

Garvey said Africans must be determined to solve their problems by redeeming their motherland from the hands of “alien exploiters”.

“We look forward to the United States of Africa with the Diaspora as the sixth region,” he said.

In her contribution, King said Africa was one of the priorities of Saint Vincent and the Grenadines in its membership of the UN Security Council.

“We will focus on strengthening ties between Africa and the Caribbean, including through the Africa, Brazil, Caribbean and Diaspora (ABCD) Commission, and cooperation with African member states on the council.

“The ABCD Commission has been proposed by the Prime Minister of Saint Vincent and the Grenadines to facilitate trade, economic linkages, education, health and air and sea transportation,” she said.

The event featured the premier of a film titled “Badagry: The Joy of Return” by award winning Nigerian documentary filmmaker, Ronke Macaulay.

The 15-minute documentary film is about the journey of an American delegation to Badagry, a coastal town in Lagos State.

From the 16th century to 1886 when slave trade was abolished, Badagry served as a port of exit for indigenes who were sold into slavery.