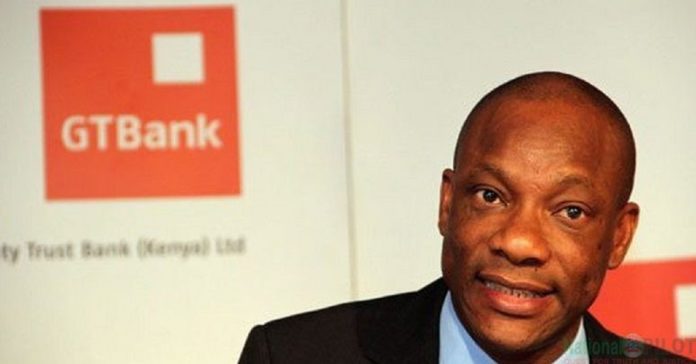 Segun Agbaje who is Managing Director of the Guaranty Trust Bank seems to have mastered the art of politicking more than many politicians.  He recently showed that he is no different  from them playing out his part for his praise singers to sing his eulogies to.

Having organized what was described as a state burial for Ms Omolade Grace Faseru (nee Awe), a senior management staff with his Guaranty Trust Bank (GTB) who died on 14th February 2020, Segun Agbaje quickly deployed his media dogs to immediately begin singing his praise on social media as though he did community service in organizing the burial of the deceased within 7 days. Seeing the sponsorship of the lavish burial which was filled with pomp and pageantry as an opportunity to pull a PR stunt, Agbaje’s camp quickly put up an advert on a blog publicizing the burial he did for the staff as good deeds and describing himself as an epitome of a true Christian and leader.

The publication which read “with this simple heroic act, he genuinely celebrated the dedication and commitment of the deceased with not just words, but this exceptional act of magnanimity” sparked rage amongst Nigerians as they described the MD as a heartless conman who will take advantage of even sensitive events just to satisfy his political ambition. While critics have described the social media post marketing Agbaje as “a leader who genuinely loves and values his people” as a disguised political advert to spin a political career as future Governor of Lagos State, media experts opined that this action may short circuit his chances of ever even contesting for the top job in the state.

Angry Nigerians wondered why he should turn the burial of a staff into a PR stunt when there are hundreds of contract staff suffering in his detention centres called GTB spread across the country. “There is nothing Christian about this advert. This is what the Pharisees that Jesus Christ criticised throughout his life would have done”, a Nigerian blasted. “I’m shocked! You use the death of someone for campaign and PR. Humans are really impossible and despicable”, another described Agbaje. Meanwhile, GTB is currently indebted to a State Government even as Agbaje shows off his 2023 political steps.