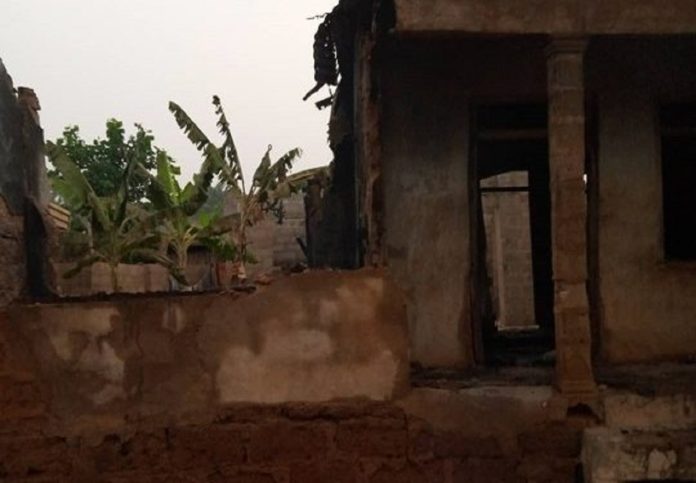 Three siblings were on Saturday burnt to death in a fire incident in Okija, Ihiala Local Government Area of Anambra State.

The deceased, two boys and a girl between the ages of two months to five years, were reportedly fast asleep when their apartment was engulfed in the inferno.

The Nation gathered that properties worth millions were consumed in the fire which was put off by neighbors before the arrival of fire fighters.

He said the Commissioner of Police, John Abang has ordered for a discreet investigation to ascertain circumstances surrounding the incident.

He said, “Today 15/2/ 2020 at about 02:am, there was a fire outbreak at the resident of one Chukwuma Aduhuba ‘m’ of Ugwu Chelekwu village, Okija in Ihiala local government area of Anambra State.

“Following the distress call, Police patrol team led by DPO Okija Division rushed to the scene, cordoned of the area and the fire was put off by local volunteers before the arrival of fire fighters.

“Meanwhile, the victims where photographed and corpses buried by parents according to their customs.”