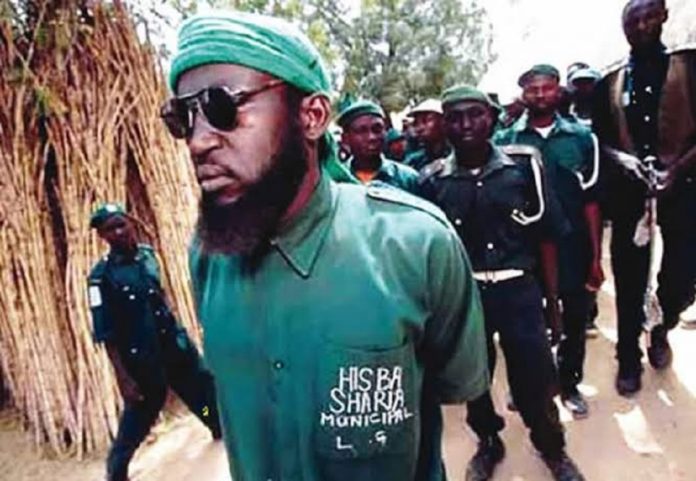 On your first Martin Luther King holiday in Nigeria, it pains me to alert you on the probable violation of the rights of an American citizen by the illegal Hisbah religious police in Kano State.

Accord to credible published reports by journalists with whom I am familiar, 46-year-old American woman, Janine Sanchez Delsky arrived in the northern city of Kano to meet her partner in an online dalliance, Kano-based 23 year-old Isah Sulaiman.

This is not unusual in and of itself as given the global village technology has shrunk the world to, lonely hearts can find love in remote places.

Indeed the American show 90-Day Fiancée showcased an American woman whom came to meet her online boyfriend in Lagos in person towards getting married.

Americans are now amongst several middle aged westerners including Europeans who come for younger men in possibly a more positive side to the Internet.

Historically, one of your predecessors, Ambassador Walter Carrington married a Nigerian lady Arase from Edo State.

Therefore the main cause for concern are reports that Ms Janine Delsky was “invited by Kano State Sharia Police known as Hisbah to a  meeting at their Panshekara Office ahead of their wedding.

The meeting, which was held in a close door had Isah’s father Sulaiman and his brother in attendance.”

Madam ambassador, the Hisbah religious police is an illegal contraption in violation of Nigeria’s constitutional equivalent of the USA’s “Establishment Clause”. Section 10 of Nigeria’s Constitution mirrors the First Amendment of the US Constitution. The Hisbah is a purely Islamic sharia enforcement militia with state backing.

Secondly it violates Nigeria’s constitution which does not allow state police as stated by the Nigerian government recently (but only in reference to a south western initiative for regional community policing.)

The Nigerian government at Hisbah’s inception even warned that they had solicited Libya and Iran for training.

On no account should American Ms Janine Delsky be subjected to the jurisdiction of an illegal, extremist, factional and fanatical islamist militia like the Hisbah.

For avoidance of doubt, the Hisbah has been culpable in the unlawful arrest, detention, drugging, indoctrination, forced conversion and forced marriage of Christian girls across northern Nigeria top numerous to count.

Already, reports indicate that Isah “expressed optimism that Ms Delsky would one day accept Islam and become a Muslim.”

Madame ambassador, may I be very clear that this incident completely vindicates our position on the impact of sharia on Christians and non-Muslims contrary to dubious human rights and religious freedom reports issued by the US embassy in Abuja previously, to the contrary.

Several years ago, during a joint fact-verification exercise, I had the following exchange with embassy officials:

1.      The Kano State Hisbah (sharia religious police) increased their activity throughout the year. Between October 15 and 22 Hisbah personnel temporarily detained 150 people on a variety of “immorality” charges, including indecent dressing, drinking alcohol, prostitution, and inappropriate hairstyles.  Some of those detained were under 18 years old, and authorities reportedly released minors to their parents after shaving shortening their hair.  Some detainees paid fines of $60 to $90 dollars for their release.Unconfirmed reports stated that all the detainees were Muslims.

[u1] .The sharia law is not supposed to apply to Christians but Hisbah officials told media that Christians were targeted as well According to the Hisbah’s spokesman Mohammed Yusef Yola, “Those arrested include Muslims and non-Muslims and we treat them equally because this is about morality”.[1]

[u1]Please delete this last sentence. The people were arrested in Sabon Gari which is the Christian Ghetto of Kano. Many of the detainees were not Muslims and it is inaccurate

To my shock and consternation the resulting report of the State Department on Nigeria for 2013, omitted this clearly documented case of non-Muslims and Christians being victimized by the Hisbah, thus:

“1)      The Kano State Hisbah increased its activity throughout the year, announcing the start of a campaign to “restore morality” in September. Members of the Kano State Hisbah occasionally detained women suspected of prostitution; one media outlet quoted a Hisbah official as stating 500 suspected prostitutes had been arrested between January and October. In October the Kano State Hisbah issued a statement to media outlets reminding men and women to remain separated when using public transportation and male taxi drivers not to wear short pants. https://2009-2017.state.gov/j/drl/rls/irf/2013religiousfreedom/index.htm”

This distorted report was despite the flaws of the 2012 which I painstakingly took time to critique and which is attached for your information. https://justiceforjos.wordpress.com/2020/01/19/a-critique-of-us-2012-international-religious-freedom-report-on-nigeria/

Ms Janine Delsky stands at risk of conversion and forced indoctrination by an illegal force and needs to be properly guided urgently.

I recall my opposition to the proposed establishment of a US Consulate in Kano for being too high risk for American diplomats. In addition to Boko Haram terrorism, Hizbollah armories have been discovered in Kano and Kano has witnessed the most anti-American protests.

The visit of Ms Delsky should be a wake up call to your embassy to properly guide Americans on the risks and perils of surrendering themselves to illegal authorities.

The five recently freed hostages of ISWA were abducted when they submitted to an illegal checkpoint for instance. They report that previously abducted Christian aid worker, Nurse Alice Ngaddah of UNICEF, has now been islamized in the terror camp and renamed “Halima.” The fate of heroic Christian schoolgirl Leah Sharibu remains unknown.

The Delsky incident is fair warning that American women could potentially be seduced for abduction by terrorists since it is on record that the terrorists have repeatedly tried, thankfully without success, to target Americans in northern Nigeria.

In conclusion, Madame Ambassador, I wish you a happy Martin Luther King Holiday and hope you’re settled into your lovely home.