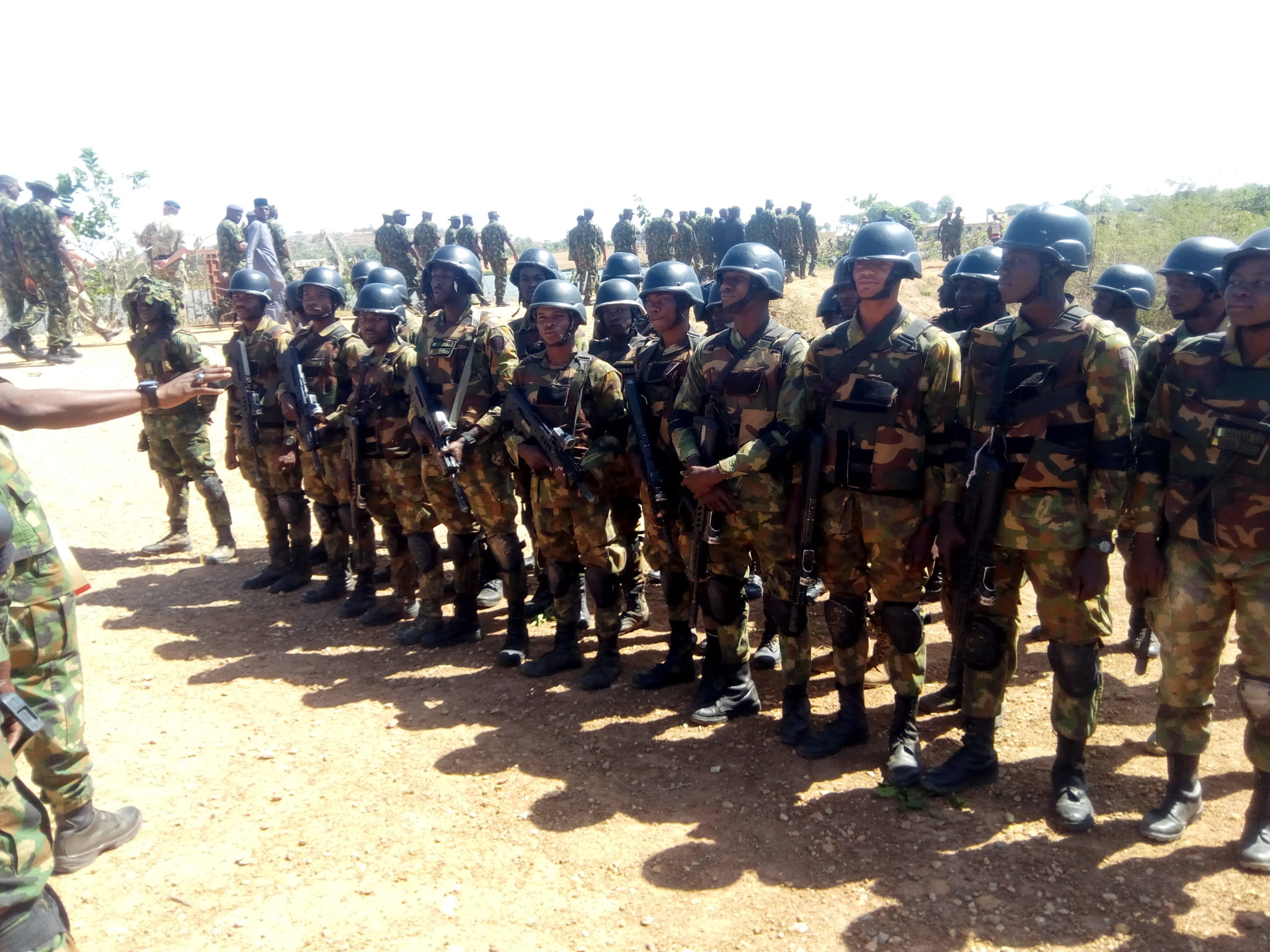 The Nigerian Air Force (NAF) says it has trained no fewer than 3,629 personnel on ground combat skills to meet the asymmetric and dynamic security challenges confronting the country.

The Chief of Air Staff, Air Marshall Sadiq Abubakar made the disclosure during the combined graduation of 717 personnel at the Regiment Training Centre (RTC) NAF Base Kaduna, on Friday.

Abubakar said that training began in 2015 under a 5-year training program in collaboration with the British Military Advisory and Training Team (BMATT).

Abubakar noted that the training had injected significant innovations needed to meet the asymmetric and dynamic security challenges confronting the country.

“I am informed that a total of 717 students comprising 623 Regiment and 94 Air Police officers and airmen/airwomen respectively who have successfully completed the specialized courses are graduating today.

“The inclusion of the Air Police and Intelligence personnel in the training has ensured better synergy in force protection delivery and appropriate delineation of responsibilities for complementary roles in Base Defence Architecture.”

The air chief said NAF under the current leadership has continuously developed human capacity in force protection to guarantee effectiveness.

According to him, the need for effective force protection necessitated the drive for requisite recruitment, training and upgrading of regiment skill sets to enable personnel perform assigned tasks in a professional manner.

“Currently, NAF regiment personnel are deployed in 10 ongoing operations across the length and breath of the country in the fight against insurgency, banditry and other forms of criminality.

“The desire to make the NAF more responsive, demands new specialized training to counter the dynamic and unpredictable security challenges bedeviling the nation.”

He added that while maintaining security is the responsibility of every personnel, the Intelligence, Air Police and Regiment are being trained to lead the frontline of ground combat operations.

“To achieve this objective, the NAF will continue to invest in human capacity building initiatives aimed at generating effective combat forces with the ability to secure own bases and other critical national assets against all forms of hostile elements,” he added.

He charged the graduates to be vigilant, and guard their  utterances and conducts at all times.

” You must never allow yourselves to be used by disgruntled elements in the society.

“You must submit yourselves to civil authority and protect our democracy at all times and you must avoid any act capable of denting the good image of the Nigerian Air Force.”

The rest include 64 who participated in gunnery II course, and 13 officers and 81 from the air police who were integrated with the regiment students during the force  protection in complex air ground environment course.

Amin disclosed that the curriculum of the RTC courses had  been re-structured to meet the ever changing complexities of military operations.

Also speaking, the BMATT defence adviser, Air Cdr. Paul Warwick, said the UK was very pleased to collaborate with the Nigerian Air Force in boosting the fighting capacity of personnel.

“Our relationship is more broader across all the other security agencies and the UK is looking to providing capability enhancement wherever possible and in response to Nigeria’s request, considering the great challenges the country is facing in the North-east and other areas.

“It is very clear from the demonstration that the Nigerian Air Force has made huge progress.

“What we are now developing here is the capability that not only requires the initial assessment from outside sources like the UK, but indigenous personnel are trained and the royal airforce is very much moving into a mentoring role.

“For me, this is a really positive day, it’s a positive progression in the training programme and the UK is already discussing with the Airforce on how we can move this training further,” Warwick said