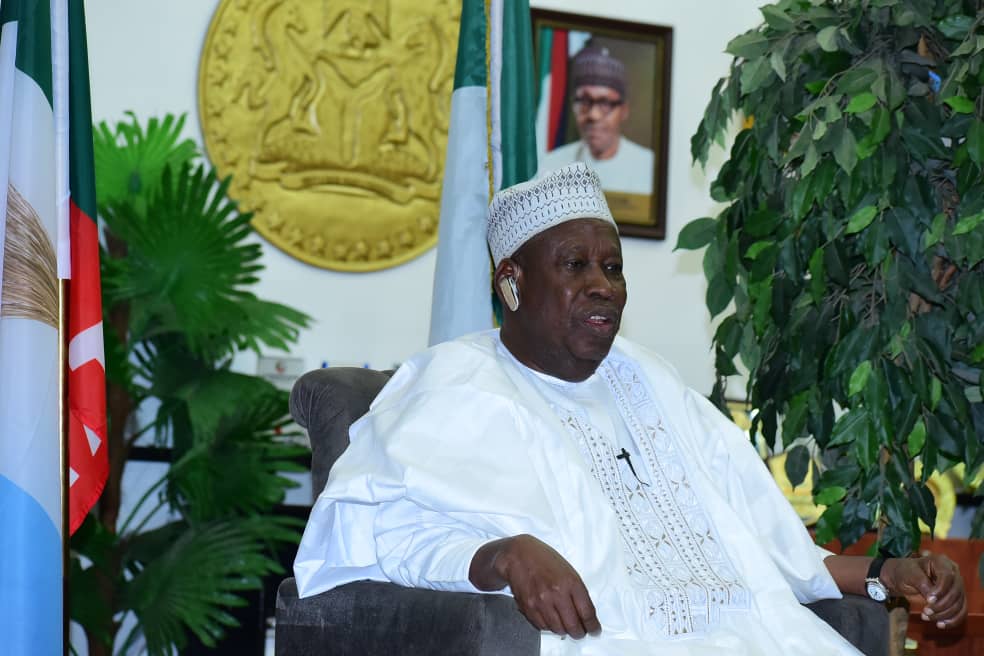 Governor Abdullahi Umar Ganduje of Kano state after reiterating the wisdom behind the creation of 4 additional Emirates in the state, he discloses that, the Chairman of the State Council of Emirs would soon be announced by his humble self.

He drops the hint at an exclusive live Channels Television programme, State of the Nation, Friday from 7:30pm to 8pm, assuring that the new First Class Emirs of Bichi, Karaye, Rano and Gaya, have come to stay, for the overall socio-economic development of the state.

Governor Ganduje said the Law gives a governor prerogative right to appoint who becomes the Chairman of the State Council of Emirs, as the central Council for the 5 first class Emirs. Apart from their individual Emirate Council across the Emirate Councils.

By way of affirming why the newly Emirates come on board, he restated that, “Philosophy behind the creation of 4 more First Class Emirs, as being said in the past, are, among others, it was people who demanded for it. Because they are significantly interested in the socio-economic development of their communities.

There was similar demand during the reign of the late former governor of the old Kano state, Muhammad Abubakar Rimi. But at that time the process for the creation of the then new Emirates didn’t comply with the provision of the Constitution then. That made it easy for the succeeding administration in the state to stop that action.”

But, with the strict following of the due process, which stems from the Constitution of the Federal Republic of Nigeria, 1999, as amended, the new Law of the State Emirates is strong that it comes to stay.

As governor assures, “…the newly created Emirate Councils have come to stay. The process that led to their creation is based on due process.”

He then reminded how the first Law was squashed by the law Court, few days back, that created the 4 Emirate Councils, as being faulty, as ruled by the Court, explaining that, “In the first place (referring to the nullified Law recently) the process was faulty and we agreed with the nullification. But now the State Assembly followed all the procedures and we now have Law in place.”

Other reasons given as part of the philosophy, he added that, based on the history of the state traditional institution, people wanted to see that such history, that process, is revisited, according to the governor.

Participation of people in traditional governance for the overall development of the state, plays an important role in the new dispensation of Emirate Councils newly assented Law.

Security concern for the state, as people raised and realized, is another fundamental aspect, that calls for the creation of more Emirates, emphasising that, with additional Emirates the network of securing the state would be strengthened and more proactive, as governor Ganduje argues.