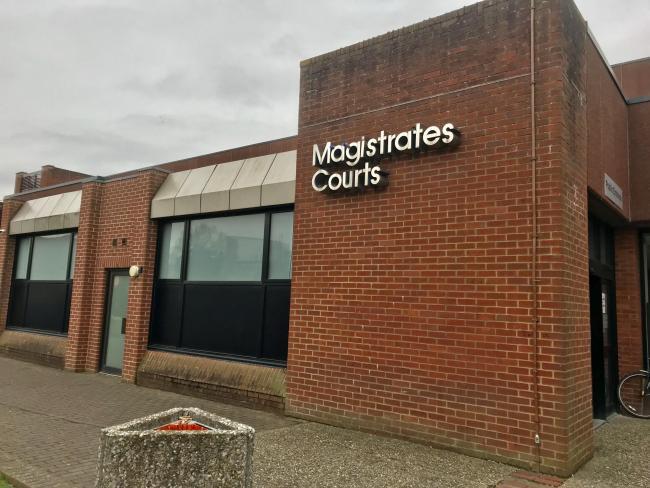 The absence of Presiding Magistrate, B. N Anumadu of Magistrate Court 5 Asaba, Delta State has stalled the hearing of defamatory suit against the Managing Editor of BIGPEN Online newspaper, Joe Ogbodu, and another journalist in Delta State, Prince Amour Udemude on Tuesday.

The Registrar of the court announced that the Presiding Magistrate had proceeded on annual leave.

Recalls that the two journalists were arraigned on October, 24, 2019 by the Delta state police command owing to a publication on Uzere crisis where one Sam Ogrih was allegedly accused of funding and sponsoring armed Uzere community youths operating under the codename “Freedom Fighters”.

The armed youths were said to have allegedly unleashed mayhem on the community recently over a N20 million oil largesse gifted the community by the Nigerian Petroleum Development Company (NPDC).

The two journalists who reported the crisis were charged for alleged misdemeanor to wit defamatory publication following a petition written by the said Sam Ogrih to the Delta state police command.

After listening to the five-count charges preferred against them, the journalists pleaded not guilty and their counsels, Chuks Ebu and Lawrence Obiorah, applied for their bail which was granted by the Presiding Magistrate of the court, B.N. Anumadu, who later adjourned the case until November 12, 2019 for hearing.

At the resumed sitting on Tuesday, the court registrar whose identity couldn’t be immediately ascertained told counsels to the parties and several journalists who where in court in solidarity with their colleagues that the magistrate was on her annual leave as such the court will not sit.

Consequently, the counsels to the parties agreed to a January, 6, 2020 date for hearing of the matter.