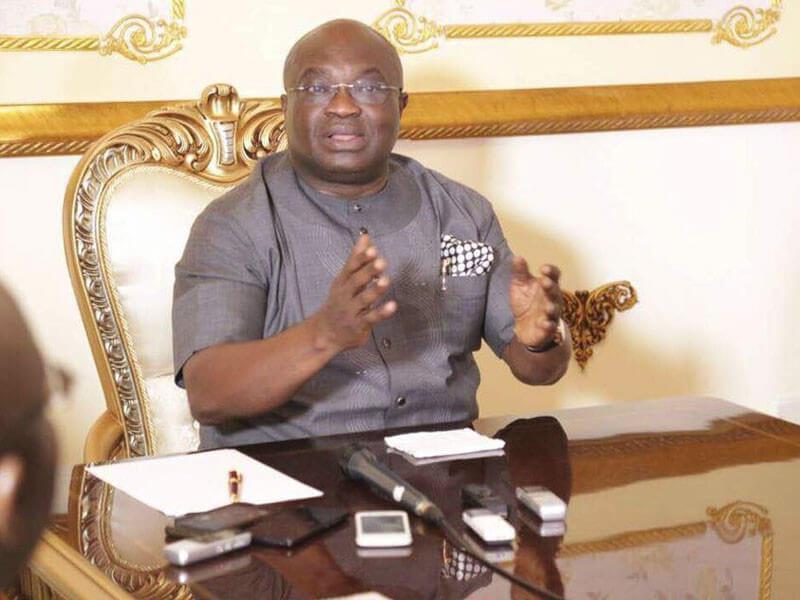 Also in the President’s entourage are Governors Dapo Abiodun of Ogun and Abubakar Sani Bello of Niger States, as well as the Honorable Ministers for Foreign Affairs and Defence.

The two day summit is designed to develop more proactive approaches in the coordination of the fight against terrorism and to prevent inter community clashes.

This is sequel to a preparatory meeting held earlier in Niamey, Niger Republic and a joint meeting of Chiefs of Defence Staff, Chiefs of Security and Intelligence Services on Counter Terrorism.

The main issue for discussion in Ouagadougou is the preparation of a priority action plan for the fight against terrorism.

The inclusion of Governor Ikpeazu in this Presidential delegation to such a very important Summit of the leaders of the West African continent on a sensitive issue as Terrorism is a clear endorsement of the deliberate and well coordinated efforts of the Governor in ensuring the safety of lives and properties of the people of Abia State. It is on record that since assumption of office in May 2015, there has been massive improvement in the area of security in Abia State. Armed robbery, kidnapping and other violent crimes have been on a steady decline in the State. There hasn’t been one single incident of a bank robbery in the State since this administration came on board.

The Governor has consistently supported security agencies  with the donation of operational vehicles and other  equipment to help boost their combat readiness. This is in addition to several other direct and indirect interventions in the welfare of the officers and men of the various security agencies in the State.

A master of quiet but effective diplomacy, Governor Ikpeazu has also created a solid template for inter-agency cooperation which has resulted in improved relations between communities in the state and security agencies,  a template that has reduced to its barest minimum, incidences of community clashes across the state.

Ikpeazu’s innovative handling of relations between herders and farmers through the establishment of Conflict Resolution Committees across the Local Governments in the State has kept at bay, incidences of clashes between farmers and herders.

In Ouagadougou, Governor Ikpeazu will join other selected leaders of our subregion to brainstorm, exchange ideas and share experiences on the way forward for peace and security.

The Governor is expected to return to the State on Monday next week.